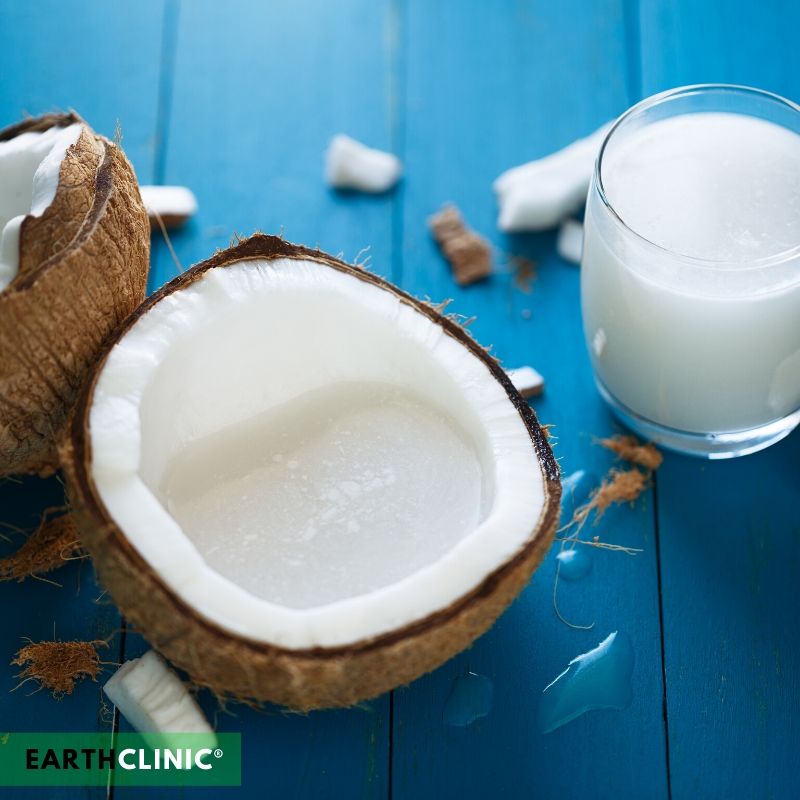 coconut milk helped with me with gout and any other in the joints with in a week than any other thing i have tried.

COCONUT MILK - HOW TO MAKE IT (Recipe Courtesy of http://www.all-organic-food.com/index.htm )

Coconut milk is not the liquid inside a coconut, although this liquid does make a satisfying drink. Rather, coconut milk is made by squeezing the grated flesh of a coconut with some hot water resulting in a rich white liquid that looks very much like cow's milk.

Canned, frozen and powdered coconut milk are widely available, convenient to use and generally of acceptable quality. However, they do not generally achieve quite the quality of coconut milk prepared at home from fresh or desiccated coconut.

For those who might want to try preparing coconut milk at home, the following provides instructions for doing so.

Pierce the eyes of a fresh coconut, drain the liquid inside and place the coconut on a rack and bake in a 325F pre-heated oven for about 30 minutes. Remove the coconut from the oven, let it cool a bit and crack it with a hammer so that the shell breaks into several pieces. Remove all the coconut meat from the shell, peel off the brown skin and cut the meat into very small cubes. Place the meat in a blender, add hot water to just cover all of the meat and blend until finely grated. Place a sieve covered with cheese cloth over a bowl and pour the coconut meat and water into the sieve squeezing handfuls of the coconut meat to extract as much liquid as possible into the bowl. Discard the squeezed coconut meat and refrigerate the coconut milk that has been extracted into the bowl. Refrigerate the milk and use within 1 or 2 days. B: Preparing Coconut Milk from Desiccated coconut.

Empty an 8 oz package of unsweetened desiccated coconut into a blender and add 1 cup boiling water. Blend for about 30 seconds and allow the mixture to cool a bit. Place a sieve over a bowl lined with cheese cloth. Ladle the mixture into the cheese cloth, fold the edges over the coconut meat and twist the ends to extract as much milk as you can into the bowl. Discard the squeezed coconut meat and refrigerate the coconut milk that has been extracted into the bowl. Refrigerate the milk and use within 1 or 2 days.