Earth Clinic has ranked among the world's most trusted Alternative and Integrative Medicine sites for over 23 years. Over 46,000 people worldwide have reported healing their ailments, ranging from the simple to the very complex, thanks to the generous posting of natural remedies that work by our global community over the years. You can read some of their incredible testimonials here.

Deirdre Layne is a widely respected expert in natural remedies and a healthcare professional specializing in Energy Medicine. She is the Founder and Owner of Earth Clinic, which began in 1999 as a local site supporting Deirdre's healing practice. People began using her website to share tried-and-true home remedies; they were most excited about the health benefits of apple cider vinegar. Ultimately, Deirdre co-authored a book on the subject, Apple Cider Vinegar: A Modern Folk Remedy. Her website Earth Clinic has consistently ranked among the world's top sites for Alternative and Integrative Medicine.

Deirdre has traveled extensively to study spiritual healing, folk medicine, and native remedies in Thailand, Indonesia, Nepal, and throughout North America. She is also a 2nd-degree black belt in Traditional Karate and used to teach this art in Atlanta, where she lived for ten years.

Deirdre Layne holds a Bachelor of Arts in Philosophy from Mount Holyoke College. 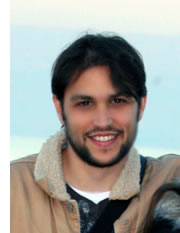 In charge of the unseen, complicated, and ever-evolving backend of the Earth Clinic website, Tomer Dagan has been Earth Clinic's head programmer since 2008. Tomer is a self-taught programmer who started at the age of 11 on Commodore64 and got into web development over 15 years ago, with a focus on consumer health websites. He resides with his family in the quaint Houston suburbs. Robert is the talented web designer behind Earth Clinic, having helped with its slow but sure evolution since 2002. He is an avid karate enthusiast and coaches ice hockey on the weekends. Robert and his family live in the wondrous South Bay area of Los Angeles and try to avoid traffic whenever possible.

Art Solbrig is a researcher who has been reading scientific studies and testing natural remedies for over 30 years, searching for useful studies and alternatives that apply positively to human health issues and natural treatments using minerals, vitamins, amino acids, essential oils, herbs, homeopathy, colloidal silver, combination treatments, and other alternatives to improve the quality of life of others by writing about his findings and test results in places like Earth Clinic. He documents and writes about many of his experiences in helping others. Art is a native of sunny California.

About Ted from Bangkok

From 2002-2015, Parhatsathid Napatalung was one of the preeminent expert voices on integrative medical therapies for the EarthClinic.com website, as our site grew from a few pages on natural remedies to one of the world's most extensive databases for natural remedies.

The eager and sustained interest Mr. Napatalung drew to his research into alternative and complementary therapies for everything from mange in dogs to suppressing the growth of brain tumors. Millions of grateful readers worldwide commend Ted as the one voice that was able to save them from debilitating illnesses when the rest of the medical profession had failed or given up. We came to know Mr. Napatalung more simply as "Ted" from Bangkok with justifiable fondness and esteem.

Ted was born in Bangkok, Thailand, and returned to that historic metropolis but spent the formative years of his life (1965-1981) in the US, studying in its schools and universities. He was an autodidact in biochemistry, allopathic medicine, laboratory science, and integrative medicine as the outgrowth of a personal interest in life-saving treatments standard therapy has ignored or missed out on entirely.

Tragically, Ted had a debilitating stroke in June 2015 and has been unable to correspond with Earth Clinic readers since that time. You can visit an archive of Ted's remedies at ted.earthclinic.com and learn more about our beloved Ted.