How to Use Colloidal Silver for the Lungs 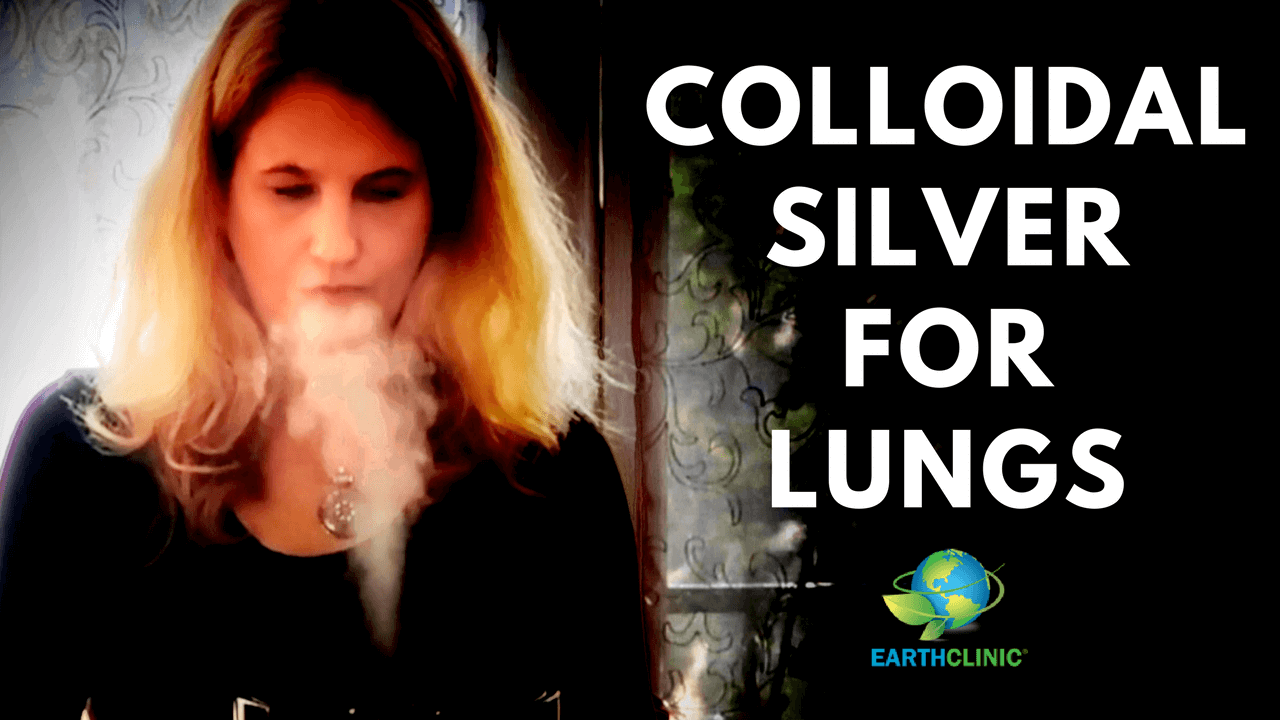 Colloidal Silver in an Ultrasonic Humidifier

For complete instructions on using colloidal silver in an ultrasonic humidifier for the lungs, be sure to watch our video.

Colloidal Silver in a Nebulizer

An electronic nebulizer, the type that is commonly prescribed by medical professionals for asthmatics and those with chronic lung problems, is sometimes used to deliver colloidal silver to the lungs. While this is not as effective as an ultrasonic humidifier, it is used successfully by many to treat bronchitis and lung infections. 5 ml of colloidal silver is added to the reservoir and nebulized every 2-3 hours during the day.

Bill Munroe popularized the method of inhaling 3% H2O2 to the lungs with a nasal sprayer. This method can also be used to get colloidal silver the lungs.

Purchase an inexpensive nasal mist solution at the pharmacy. Empty the contents and wash the container. Add colloidal silver to the container. Then use the nasal sprayer to spray into the mouth, towards the back of the throat. (Not in the nose!)

Which Colloidal Silver Should I Use for My Lungs?

As with many things, home made colloidal silver is the best of the best! After the initial investment for a colloidal silver generator, it is possible to inexpensively produce gallons and gallons of valuable medicine to treat dozens of illnesses.

Learn more about the best way to make colloidal silver yourself in this video.

When treating lung conditions, it is important to use companion remedies to facilitate healing.

If the body is dealing with infection in the body in addition to the lungs, colloidal silver can be used internally, in the ears, and in the sinuses as well.

Avoiding dairy and sugar during lung infections is important as these foods tend to increase mucous production.

Drink plenty of fluids, including herbal teas helps the body to remove toxins keeps mucous in the lungs thinner.

Vitamin C also helps to keep fluids in the lung thinner and supports the body’s ability to heal.

I've used both ionic and nano (30ppm) and the nano is very effective both topically and orally. The ionic did nothing. I've also read many reviews stating nano is the way to go. Most recently I put 5ml of nano colloidal silver into a nebulizer to treat a nasty case of bronchitis. It worked really well and I was better in about 4 days.

DIABETIC, NHS UK FAILED TO CHECK ME FOR 25 YEARS.

I 100% believe in naturpathic and herbal medicine but my lungs hurt me. I am trying nebulizing colloidal silver after taking cayenne pepper in water. I believe it could be working but I've got pain in my chest. My doctor refuses to do an xray so the matter is my hands. Please anybody advise me. I've just taken the bicarb and maple syrup remedy to see if it help. ANYBODY ON HERE, PLEASE ADVISE AND PLEASE TED CAN YOU ADVISE ME, THANKS

Teejay, read up on Bill Munroe's h2o2 inhalation. Or, for a start, squirt a bit into the water of a humidifier near you.

I am a Nutritionist of 22 years and I agree with the person who told you to take 5000 iu of vitamin d3 it is based on weight 150 pound for 5000 iu. So a 200 pound person would have to take 10000 iu. So if you're not taking it start now. It will take a few months to raise your blood level to be where it has to be. it's also great for pain only at these levels and dose is the proper dose. I learned it from a Doctor by the name of Dr. Richard Becker. I hope this will help you don't give up and keep trying to help yourself and God Bless take care

I pour 1 teaspoon of colloidal silver into the nebuliser cup, turn the machine on and breathe deeply for 5 minutes. I repeat 2-3 times per day (morn, noon, eve) for 3-4 days. When starting, I only breathe it for 2 minutes as I find I can get a headache. Great for lung infections and bronchitis.

You can buy Colloidal Silver (CS) from health food stores. For a cough you can try gargling 10ml for around 1-3 minutes then spitting it out, two or three times a day. Or, if it's down in your lungs, I suggest buying a nebuliser machine from the chemist, pouring 5ml of CS into the nebulising chamber and nebulising for 5 minutes, 2-3 times per day. This is what has worked for me!

Colloidal silver works on chest colds very well. I had used CS for years, making my own beginning 18 years ago but on occasion the cold would get to lungs where I'd get terribly sick. Then upon this happening seven years ago I mentioned to my wife if a nebuliser with the silver might work. She went out and bought a nebuliser at Walgreens. This kind has a plastic mold that fits around the nose and mouth. You breathe in the steam DEEPLY for five minutes. Repeat four hours later. Do that for two or three days. The infections have never gone further than when I started the nebuliser. Soon, in two or three days the upper respritory infection is gone.

This discovery has been a God-send to me because I am so susceptible to sinus infections dropping to lungs.

Is this real? Does it work?

Two weeks ago I had bronchitis setting in. Then two days after I started getting the bronchitis, I woke up with a raging, burning sore throat and felt so ill, that I was thinking about calling in sick for work. Desperate, I grabbed the my Colloidal Silver that comes with an eyedropper, tilted my head back and squirted it across the back of the roof of my mouth, letting it run down into my throat. (Only used about 1/4 dropper). Within literally seconds, the pain was easing! The left side more so than the right and realized that I used more on that side than the other.. So I reapplied more to the right. Sure enough, both sides were now feeling nearly perfect! It was so fast, it was astonishing! And, I am not talking about a little better... I mean the pain completely gone! I waited a few more minutes and to be on the safe side, applied it one more time. About three hours later, a little discomfort started back up, so I reapplied it again, and once more, had the same results. Discomfort gone in no time at all. Kept up with the silver every six hours after that for next three days, making certain it was completely gone. Now, what was crazy, was that I hadn't even noticed nor thought about the fact that my bronchitis had also cleared up! This stuff is an absolute Godsend! It will heal a canker sore lightening fast and I also recently used it on what I thought was a brown recluse spider bite. Both issues disappeared in no time! (Used food-grade hydrogen peroxide also on bite). Please note: Most colloidal silvers sold today are in the 20-40 ppm range and I would think, probably would not work. The 500 is very concentrated yet safe, even for children. This is a must have in every medicine cabinet!

Whatever methods used high dose vit c should be in the mix. A friend of mine did 50 gms a day to rid a case of pneumonia in 3 days.

I have asthma and bronchiectasis (Chronic Obstructive Pulmonary Disease). Was diagnosed 8 years ago. I was suffering from monthly (sometimes twice monthly) chest infections, and had to take antibiotics for every outbreak and becoming more and more resistant and sensitive to the drugs. I started using Colloidal Silver in my nebuliser (5ml, 3-5 times per day) about a year ago now and have not had a chest infection since. As soon as I feel my sputum changing (from clear to yellow) I use the colloidal silver and the infection does not develop any further. Some times I have to do it more than once, but mostly once is enough. I hope this will help anybody out there that is struggling with the same problem. Good luck!!