How to Use Colloidal Silver for a Tooth Abscess 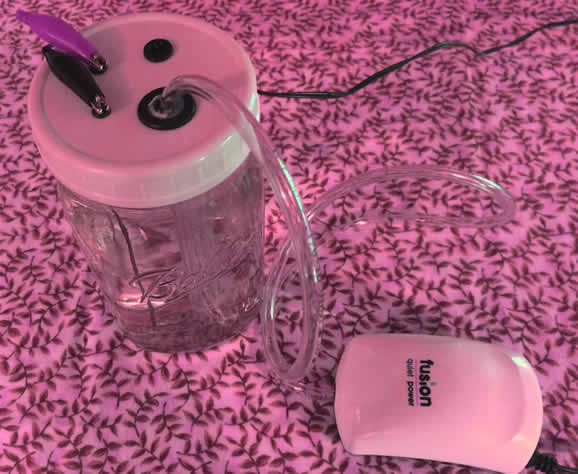 Topical Use of Colloidal Silver for a Tooth Abscess

Put a tablespoon of colloidal silver (10-30 ppm) into your mouth and gently swish it around for 5 minutes. Spit out the colloidal silver. Repeat this every 3-6 hours, or more often if needed for severe pain.

You may be able to find a colloidal silver spray. Use the spray to apply silver directly to the area of pain. Do this very often, even hourly until pain resolves.

You can pour some colloidal silver onto a cotton ball and apply this to the tooth that is bothering you. Change this cotton ball every two hours.

Internal Use of Colloidal Silver for a Tooth Abscess

I was in the worst pain!! Up all night crying like a baby! I couldn't get comfortable I couldn't sit still, I was in horrible pain! The only other time I ever recall being in that amount of uncomfortable horrendous nonstop pain in my life was while I was in labor! I was trying my best to keep my head busy & I did that by searching aimlessly for ANYTHING AT ALL TO RELIEVE SOME PAIN! I found sooo many different remedies & I was writing them all down so my husband could go buyall of them hoping at Lyons would work! I then remembered having colloidal silver in my cabinet I bought previously for my mom when she had pink eye, she did the research herself, so I hadn't known much about it. I remember after it sitting on my cabinet so long I finally looked it up myself in hopes of getting use out of it & for the most part it was described as a natural replacement for antibiotics. I after days of pain remembered this & thought to myself why is this not in the list?? This has to be of use with a tooth infection!

So I googled “colloidal silver and abscess tooth “ sure enough there is was! I immediately ran to the cabinet & dropped some in my mouth swished it around & just held it there for a while. I immediately could feel the pain dramatically subsiding!!!! I also took 1tablespoon 3 Times a day from then on until about two days after the abscess was healed. It's the best stuff ever I use it in so many places in my life & home now! I just don't understand why when you google how to help your abscess tooth NOTHING comes up unless you specifically look up colloidal silver.

I had a tooth abscess in my gum. I went on an anti biotic as well as rinsed for 20 mins x 5 times day with collodial silver and by day 3 the abscess was gone. I can't believe it. $25 bottle from a healthfood shop at laidley. Best $25 ever spent as my abscess was near my crown. Wished I had taken a pic.

No side effect? I read a lot about colloidal silver and it is quite scary. I want do give a go as I have infection under my huge filling (thank you mr. only one from village dentist from my childhood) and they want me to do root canal treatment and get rid of the tooth completely and as it doesn't hurt or anything I want try alternative way first.

Please see Teresa's response to your question here. We moved her post to the colloidal silver page under the table of contents title "Multiple Cures" so that more people will be able to find her incredible feedback.

Hi, can someone please advise if I can use 50ppm ionic colloidal silver as a mouth wash. Having a number of old amalgam fillings removed and want to prepare for any possible inflammation that may occur due to deep fillings. Don't want to go down the root canal path. The brand I have is medicine from nature ultimate colloidal Silver. Can you please explain how I should use this as a mouthwash and any other recommendations you may have

Re; colloidal silver as mouthwash

Of course. Drink it, use as sinus/ear irrigation, so you can certainly use as a mouthwash. Two tablespoons...swish around, let drain down throat. All that is ok. And I also hold in my mouth and under tongue for a full minute which allows the CS to absorb into all the crevices in the mouth and keeps infections low which might invade via breakages inside mouth. I especially use it that way immediately after getting my teeth cleaned at dentist office. When last crown was put on, I insisted on swishing my mouth out with my little bottle of CS before the crown was put on to make sure no viruses under new repair.

HI all, I went to the emergency room for an abcessed tooth. The doctor gave me an antibiotic. I laid here in pain for 2 days and remembered Colloidal Silver. I am not kidding within minutes the pain went away and the swelling is now going down. I paid $30 in the healthfood store for a bottle of Colloidal Silver and I now plan to buy a generator to make my own.

Forget root canals, folks. I absolutely LOVE this site and use it all the time now... For the remedy for tooth pain which is usually a fungus/bacterial infection: I have used antibiotics in past for this but do not want to use them anymore. Went to Health Store and they told me that Colloidal Silver is the alternative "natural antibiotic". My pain was very high around upper gum area and unidentifiable as to which tooth, only vicinity. I put 2-3 drops from dropper (undiluted) of CS to the area and in a few hours - PAIN GONE! It was fantastic. Antibiotics took 3 days to do this. CS goes to the infection to kill it. It is safe if you don't over use CS. I also used Clove Bud oil to "numb" the pain and that worked very well. I only used CS 2 days as the pain went away so quickly... And I know it was a tooth infection. The last time I went to a dentist for this they wanted to do 2 root canals and 2 crowns to the tune of $5, 000. ~~ so root canals are one big mistake. Dentists take advantage, same as MD's. Be careful before you do any dental surgury... as it is not healthy way to go....

Had a tooth infection in the back tooth that needed a root canal. The infection was at the root of the tooth and in the jaw bone. Tried garlic, cloves, hydrogen peroxide, antibiotics, and everything else of EC. Nothing worked. Went ahead and got the root canal and it was still infected. Tried a 3 more rounds of antibiotics and it didn't work. After a year of this tooth being infected, the dentist wanted to pull the tooth.

I heard about colliodial silver so decided to try it. Used about 4 drops in just enough water ( a few drops) to be able to swish in mouth for about 5 minutes, then spit out. Did this 3 times a day for 3 weeks, then 1 time per day for 2 weeks. Within a few days the aching in my jaw stopped. When the dentist took an X-ray about 2-3 months after the treatment, he noticed the infection was gone and the bone growing back.

There are so many brands. Which one did you use?

...I had a filling break while eating some popcorn one night. Within 2 weeks, a cavity formed, which wasn't surprising to me. I've dealt with carries/cavities more than once. For years I've taken plant derived- colloidal minerals (60-80 different minerals). All of my cavities seemed to stop dead in their tracks, but I couldn't pin-point why, or what I was doing. I scheduled a dentist appointment and was expecting to have him do a root canal. I don't have insurance, I pay my bills and wanted to set up some kind of payment plan. The dentist wanted $500 down, and not having that kind of money, I told him "Thank you, but I'll have to figure out something else." Immediately, I went home, cracked open my medical books and started doing a little research. I learned that cavities are caused by a bacteria.I already knew that Silver was an antibiotic, but didn't know how to consume/make it (I also figured out why my cavities, in the past, have stopped while taking the liquid minerals). I did some looking on line, came across directions on how to make colloidal Silver, and for the price of 1 foot .22 gauge Silver wire, a soldering gun and 3 9 volt batteries, I now make my own. Haven't dealt with any mouth problems since!

Four weeks ago, i was eating pop corn and some of the brown stuff that's on it, stuck in my gum. it took a while to pull it out and the gum throbbed alot. the next morning the gum was inflamed and an abscess formed. i tried gargling with salt and water and hydrogen peroxide, gargled with apple cider vinigar, tried putting neem extract on it, ate a bunch of cashews as cashews have a mild poison that works well on gum disease, tried raw garlic with salt and turmuric both eating it and putting it on the wound, which really burned and burned my inner cheek pretty bad. Most of these things just controlled the abscess. it would drain but then it would come back again and the gum was refusing to heal. this went on for about 2 weeks, finally i tried colloidal silver. i drank 4 table spoons per day, and i soaked a cotton ball in colloidal silver and placed it on the wounded gum. within hours not only did the gum drain, it started to heal. after two days of colloidal silver on cotton ball and drinking it, my gum looked clean, pink and as if nothing ever happned. bottom line, colloidal silver for abscess is a very quick remedy. though, make sure to get a good colloidal silver. some companies sell cheap stuff that's immitation, more like ionic silver. i bought a bottle of mesosilver on amazon. expensive but reputable company, which did the trick for me.still beats going to the dentist for him to rip out the tooth or do a root canal, still a lot cheaper. i am as well learning now how to make my own colloidal silver so that i can keep it on hand, should i get sick again.

hope this helps someone.

There are well over 650 different viruses and bacteria that colloidal silver 3000 to 18000 PPM can address. Tooth infections are just a small part of the benefits of colloidal silver. If you do more research you can find clinical trials in other countries that prove that HIV can be addressed with colloidal silver.