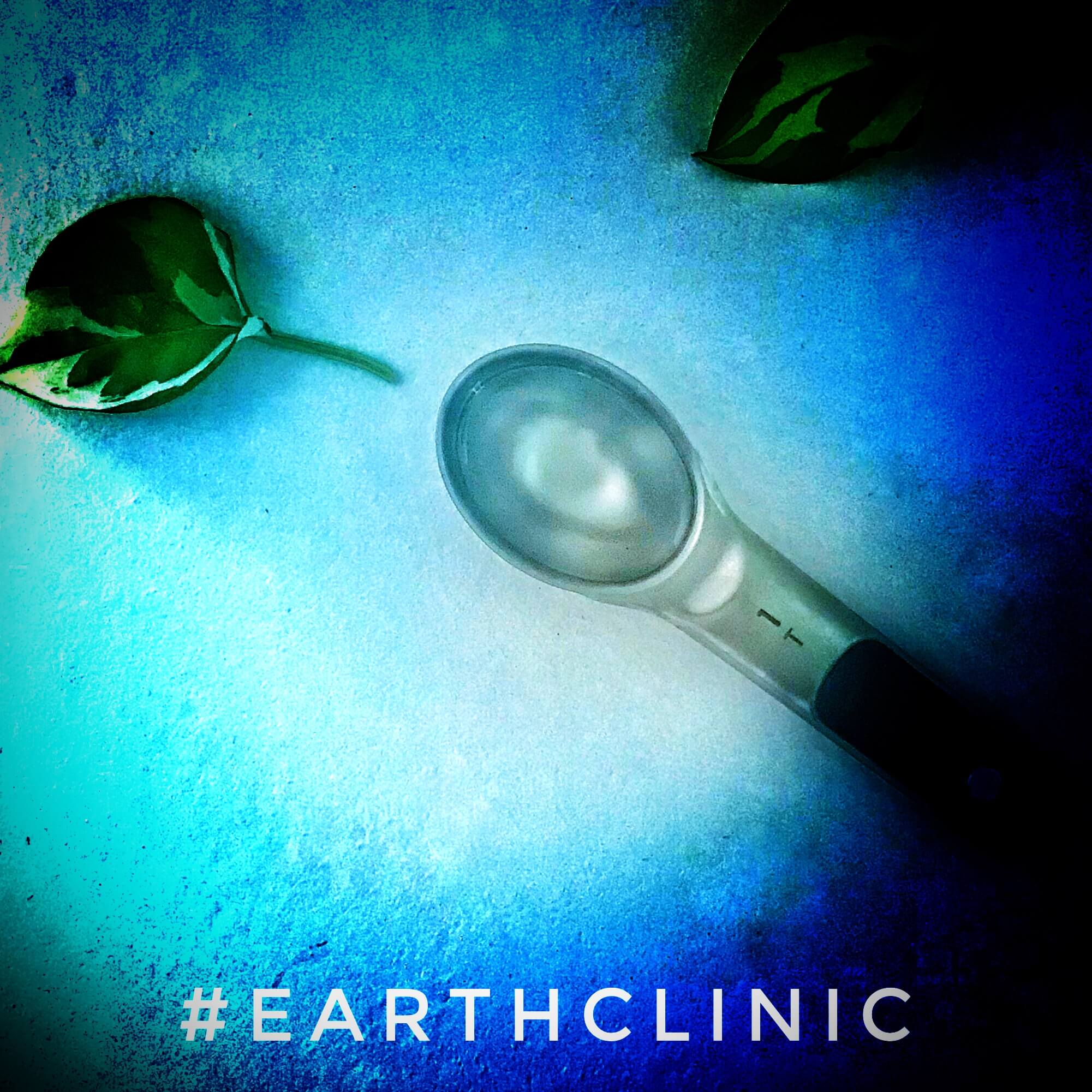 I've been doing coconut oil oil pulling for months now and it hasn't done anything. Even started doing the sea salt since and it's doing nothing. My 2 bottom from teeth are actually becoming looser now then they use to be. I've tried every natural remedy possible and nothing is working and I'm only 25

The body can always heal with the right treatment. Coconut oil and red sage tincture both help to reverse receding gums.

You have mineral deficiencies that cannot be replaced with external treatments. Do some research online and find out what you are lacking or try some mixwd supplement specifically for
Strengthening weak gums.


Oil Pulling: be careful if you have periodontitis

My gyms started receding because of gum disease so I thought id give oil pulling a try. It only took 5 days before every tooth in my was wobbly and gum recession is worse than ever. Now I'm looking at complete mouth reconstructive surgery. Jaw bone reconstruction, gum graph and implants for EVERY tooth. It drew out the infection that had reached my jaw bone. I didn't even know I had gum disease. I just thought I was brushing too hard or using a mouthwash with t0o many chemicals.

I oil pull everyday with exceptions only when I'm not at home and inconvenience to do. For 6 years I've been doing and it does not cause any single complication.

I suspect that your problem is caused by incorrect oil. Do you use cold pressed organic oil? If you use any cooking oil, it could cause problems you are experiencing. I had this problem once when I used sunflower cooking oil at the suggestion of my Indian friend. Cooking oil is much different from cold pressed oil. It passed through chemical processes and useful acids, ingredients are taken away to be infused with chemicals, hydrogen to upgrade quality to suit people preference and good for marketing.

When you oil pull, your body will release toxins to the oil in exchange with acid, minerals useful to the body through minute capillaries and this is the reason why natural cold pressed oil is used. The use of cooking oil will cause your body to receive toxins. Best time for this is first thing in the morning after finishing nature calls and before tooth brush. If you wish to do during the day, do 3 hours after meal or 1 hour after drink. Each session should take between 15 to 20 minutes, the reason for this may come from the fact that it takes 17 minutes for blood to travel all the body.

In India, the origin of oil pull, they use either sesame, sunflower or mustard oil. I use only sesame as it is easy to find, cheap. I have deep sleep without snore, no sleep apnea that used to occurred occasionally. My skin is clear, no sweat palms, no cold. Dental hygiene couldn't be better. Other types of oil may cause different results. For me one time in the morning is good enough without tooth brush, only gargle few times with salt water afterward to clean the remaining oil.

Stay away from processed oils, they contain toxin and they are made from GMO crops. Also use only sea or Himalayan salts. Fine grain table salt is also mixed with chemicals to keep it dry and nice looking.

Nattakit from Bangkok - Great post. I also had periodontal disease and read about oil pulling and started using cold pressed sunflower oil. It only took 2 weeks for my teeth to tighten in my gums. I went to the dentist after a month of oil pulling and my hygienist could not believe how my teeth had improved. My brother also did the same thing. I agree with you about the kind of oil to use. It must be organic cold pressed. Another side note about oil pulling is vision improvement. I'm 55 years old and still do not need glasses. Just after turning 40 my vision was failing. After only 6 months of oil pulling, my vision improved greatly. Thank you again for your positive post.

Hi all I'm 23 and I've had receding gums since I was 19, a lot on my lower central incisor and the a little on the lower canines.

I tried a lot of things, but I finally found something that works. Oil Pulling with Virgin Coconut Oil first thing in the morning for 20 mins rinsing with warm water afterwards to get rid of any excess oil (It contains harmful toxins and bacteria) followed by rinsing your mouth with 1/2 a glass of very warm water and 1 to 2 teaspoons of Sea Salt through the teeth and the recession areas in particular.

It will sting a lot but rinse for a good few mins until the glass is empty and don't rinse with regular water after wards I find the gums continue to heal if you do that.

I do that morning and night and also do the same Sea Salt water rinse after every meal to adjust the Ph level in your mouth so no harmful bacteria can grow at any times, I've only been doing this for two days now and my gums have grown back over 50%, when they grow back it is very rapidly and painful kind of inflamed.

I wish you all the best.

Your gums can't grow back..

For making gums grow why did you fail to mention "Oil Pulling" with Extra Virgin Coconut Oil ???

Very effective and simple to do 3 times a day until gums are restored. Absolutely must hold in mouth for 15 to 20 minutes. It goes from an oil to a watery substance that is white colored. Then you know it worked.

Growing new gums is a slow process, but the anti-bacteria, anti-fungus, and anti-virus qualities make this a real infection fighter. Along with your good oral hygene to grow new gums, be sure to use a tongue scrapper to remove surplus build up of any bad stuff living on your tongue that would end up inside your gums by spreading.

I have gum recession, but only on ONE tooth in the bottom front of my mouth. I went to a periodontist about the gum. I've had orthodontic work done since I was eight. He told me that having braces for such and extended period of time began causing my gum recession. He also told me that a gum graft was completely unnecessary, it would purely be cosmetic. Since then I've been oil pulling, taking cod liver oil and butterfat, drinking raw milk, kefir and eating a myriad of fermented foods. My gum hasn't completely grown back, but I've only been doing this treatment for 6 months in a dedicated way. The gum is definitely more developed than it was. I used to be able to see the whole root of my tooth, now I can see much less. But braces are definitely the reason.

I do coconut oil pulling and recommend it to anyone with the receding gum problem. I take approx a tablespoon of organic coconut oil in my mouth let it melt then swish it around my mouth vigorously for 20 min then spit it in the toilet because it is loaded with toxins, rinse my mouth with warm water to clear out any toxins, then mix a 1/4 cup of warm water with approx 1/4 teaspoon sea salt and rinse vigorously till all salt water is gone. I have never found a commercial toothpaste or mouthwash that makes my mouth feel as fresh as this! I can actually see the plaque disappearing starting from the gumline upward. It is amazing to me but also exciting because my gums were almost gone and my teeth sere loose. My gums are slowly returning an my teeth are no longer loose. Good luck and happy swishing! (PS, I do this twice a day) It is challenging to donut so, so worth it.

Hi everyone, My name is Chelsey. I am a 22 almost 23 year old and I was just diagnosed with gum recession. My dentist and hygienist told me that I have this gum disease for life and my gums will not grow back. However, I have been reading about gum recession reversal and ordered some oils for oil pulling as well as aloe vera but I'm not quite sure how to use all of these oils to reverse my gum recession. I ordered coconut, sesame, clove, and eucalyptus oil. Not sure what to do with all of them. Should I do oil pulling or make tooth paste?? Any other suggestions would be great! Thank you!! Chelsey.

C: Yes, do the Oil Pulling by rotating Coconut, Sesame, for a few weeks and if your not better add small amounts of either Clove or Eucalyptus to the Oils.

Thank you so much! How often should I do the oil pulling. 2 times a day after I brush my teeth?? Or should I oil pull with coconut oil one day and then switch to the sesame oil the other day?? And should I use something other than sensodyne toothpaste?? Thanks!

I oil pull in the morning before any food or drink or water.........for about twenty minutes... or half hour........I use safflower or sunflower oil..I only do once a day.. seems okay and its working.

Its been a few months now and so much plague is off of my teeth. My teeth are whiter and gums look so much better. do it before you brush you teeth.........

I also use natural toothpaste such as tom's from maine and whatever else is without fluoride.

You're supposed to spit it in the trash afterwards.