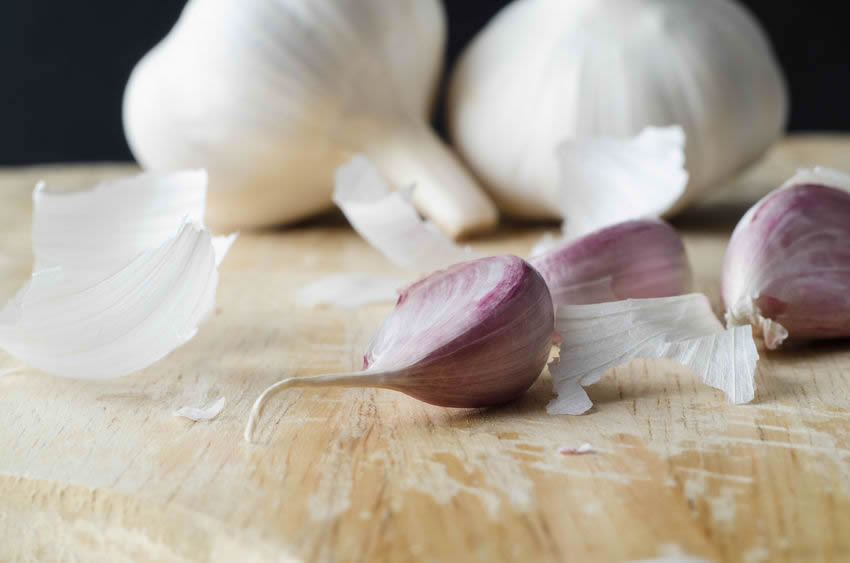 How to Take Garlic for Strep Throat

The best way to take garlic for strep throat is to use it raw, several times a day, as you would an anti-biotic. Take one clove from the bulb of garlic and peel it. Finely chop it or put it through a garlic press. Mix the garlic with some honey or spread it on some toast with a bit of coconut oil or butter. Taking garlic this way, with a bit of food, makes it easier on the stomach. Ideally you will take a clove of garlic 4 times daily. Once the fever has broken and symptoms subside, you should continue taking garlic for a few more days to make sure the infection is completely knocked out.

If you make homemade soup or salad, by all means be generous with the fresh garlic in these foods as well.

Garlic powder or garlic gel-caps can be used but they are much less potent than fresh and will likely need to be combined with other remedies to fight the infection.

Continue reading to see how others have used garlic to treat strep throat.

I get strep throat just about every time I get sick. So I mince 1-4 cloves of garlic and then swallow, no H2O or honey chaser. I do this at night before I go to bed. If the garlic goes across the sore, then by morning that sore is gone. The down side is you need the garlic applied directly to the sore to be effective, the only way to do this is to swallow one spoonfull at a time lying on your left side, right side, front and back. This can difficult, as it triggers the gag reflex. BUT IT WORKS. Cheers

I came down with an AWFUL sore throat and tried different natural cures such as an ACV, honey & lemon with hot water drink, a salt gargle, and also a gargle with ACV. None of this seemed to really work. I saw someone's comment about 'Garlic Tea' on this site and tried it. They suggested that you put some cloves in water and let it 'steep' all night. I woke up in the morning still feeling awful. I called into work so I could go to the doctor to get checked for Strep since I had no other symptons than my sore throat.

While waiting for my 11:00am appointment I drank my Garlic Tea. It was INSTANT relief. I almost went to work and dodged the doctor but decided that since my pain was so intense prior to the tea, I thought it'd be best to go get checked. Turns out, I did have Strep but the pain is completely, non-existant! I've been drinking garlic tea and it works WONDERS!!! AMAZING!!!!

Hello, Just wanted to say that about two years ago, I had a killer sore throat. I am pretty sure it was the beginning of strep throat ... I had those lovely white spots on the back of my throat. I didn't have health insurance and was desperate for something that worked. A friend of mine recommended eating raw garlic cloves. I did it ... it tasted terrible and made me smell like garlic for days, but it numbed my throat and I was completely better in 3 days. I ate about 3 cloves per day. I tell people about this remedy all the time ... most people are reluctant because of the taste and the smell but it really, really works!

Ok so I have had a slight voice change for the last oh i suppose three days, with no pain no congestion and pretty much healthy feeling despite the fact that i sounded like a chipmunk. I initially thought something like lyeringitis ... but last night I started having a runny nose and a stuffed up head, So I thought decongestant. Well I woke at about four this morning and boy was my sinuses all dried up, so dry in fact that it was uncomfortable. So I made some tea and tried to go back to sleep. well the same situation happened when I woke for the second time. So I got online and looked for sore throat remedies and found this site, well I read that garlic can help with strep and since my little nephew had recently been diagnosed with step I thought I didnt want to take any chances. So i went to the kitchen and melted some butter added some minced garlic cloves, and made some garlic toast. Instantly my sinuses released and my head felt 100% less stuffy. It says to repeat for a couple of days, and I think that I will be greatly satisfied with the result... thanks for the idea ...and the relief!!!

Everyone should know about this strep throat remedy that has a 100% success rate in me the last two times i have had strep throat; each being a decade apart. It is very simple and very powerful. Raw garlic... and lots of it; like 6 fresh cloves a day (u can mix it in whatever u like from plain organic yogurt to humus to salad dressing being sure to eat all of the garlic) and gargle with salt water. Please help me share this remedy with others. Thank you.