TRUST ME, THIS IS ABOUT CANDIDA...

I didn't get over my illness until:

1) I discovered that I had been living with intestinal parasites. My physicians didn't believe that I was ill at all. They didn't want to waste their time and resources testing, don't you know. I was so happy to have them *diagnose* the animalia I presented to them in a box.

(a) the parasites, worms, protected themselves by secreting a biofilm which is both immunomodulating and immunosuppressing. Do you honestly believe my physicians knew / told me that?

2) My physicians explained, (ie., LIED), to me and explained that I had "IBS". Try googling the two words: "IBS" and "TRASHCAN DIAGNOSIS".

(a) "IBS" is a catch all *syndrome* which physicians use to substitute for real medical diagnosis, given that they do not have the time, inclination, energy or desire to solve your health problems for you. They have other things to think about.

3) Once I discovered, after nearly two decades of living in a near constant state of hopelessness, that there was an alternative, legitimate community of health care providers known as alternative, holistic, integrative and herbal medicine, I decided to take the initial plunge into the world of colon hydrotherapy.

(a) This felt great.

4) I went on a candida free diet. I went to an alternative health clinic. I paid $40 for a refrigerated, very fine grain powder, mycostatin. In 3 weeks, I was 85% better. I can now eat fruit, veggies, grains, eggs, etc.,. I had not eaten these things in over a decade. How awful is that!

5) I returned to my HMO with the good news. They were upset. Pissed off even. They couldn't believe that I would BETRAY them like that! How dare I go outside of my HMO! I had gotten off their hook!

(a) I visited a gastroenterologist at my HMO, for kicks. I asked him to take a look at the word, nystatin, which is the generic form of mycostatin. He had never heard of it before but he was willing to do what I asked. It turns out, my HMO's database stated that NYSTATIN WAS INDICATED IN THE TREATMENT OF IBS. Funny thing is, nystatin is a broad spectrum antifungal. And very, very few doctors in mainstream medicine are using it to treat IBS. I met a woman suffering from the same thing I had. She gave me the name of her gastroenterologist. Same dude. I asked her if he had given her a prescription for nystatin. She told me, "No, what is that!" 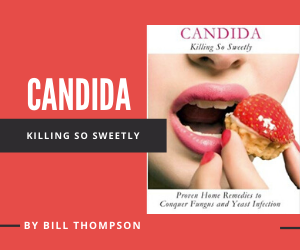