I have been on a Candida Diet for about 6 months, definitely with some improvements. However, just couldn't get rid of this recurring yeast infections. After further research I kept on hearing about capryllic acid, and what a powerful anti-fungal it is. What I didn't know is that you have to slowly build up the quantity (the lady in the store suggested 3 in the morning, and 3 in the afternoon). Long story short, 7 days later I had a Herxheimer reaction, also known as a die-off reaction. Mine was pretty crazy though, very scary especially if you don't know what the heck is going on and have no one to talk to about. For about a week prior I noticed red, hot burning checks, especially after I came out of the shower. Then my cheeks started becoming really dry and started slightly peeling. As mentioned, 7 days later, I woke up with extremely itchy palms in my hand and feed. Within hours the itchiness spread throughout my entire body. Something was obviously in my blood stream. It was a weekend so I went to Urgent Care as I started noticing really huge hives showing up. I was told to take Benadryl, which somewhat helped. I broke out in hives and rashes for the next two days. On day 2 and 3 both my eyelids were swollen. The doctor simply called it allergic reaction and prescribed steroids. Somebody told me to go and get hydro colon therapy for 3 consecutive days. I had my second one today. Most of my rashes, hives and itchiness are almost gone. And my eyelids are almost back to normal. In retrospect I found a lot of online information how capryllic acid can cause a herxheimer reaction, which is why you need to slowly build up the potency over a couple weeks. I'm so glad I didn't take the steroids. Well, hopefully I rid my body of the candida by now :-)" 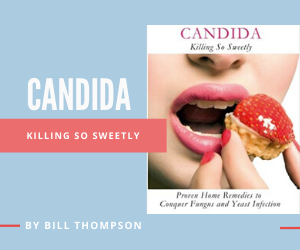