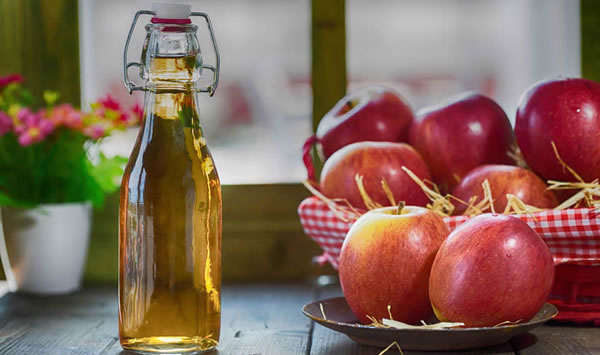 Apple cider vinegar (ACV) is a more effective treatment for stomach pain than many of the old standbys, such as antacids. You've probably been told that stomach pain and related ailments are caused largely by excess acid and, in turn, need to be treated using an antacid. Actually, this is just the opposite of how an acid stomach should be treated. The stomach is naturally acidic, so pain occurs because of an imbalance or lack of acid in the stomach.

[YEA] I had the absolute worse stomach ache of my entire 57 years. Even my lower back started to ache. I don't use any commercial remedies and was reluctant to take the ACV with such pain. 30 minutes ago I gave in and took 2 tbs of regular old ACV. The pain is now completely gone. Why I waited so long I don't know, but whatever, it worked. Off to get a good nites sleep now.

[YEA] On two occasions when I woke up with a really bad stomach ache (making loud churning noises) and felt nauseous. I took two tablespoons of organic ACV followed by water. Within 10-15 minutes it felt like the stomach acids were getting neutralized. The pain, noise, and nauseous feelings were gone. Works a lot better than the pink stuff.

Antacids aren't really effective because they take the wrong approach to correcting an acid imbalance in the stomach. The regular use of antacids causes low stomach acid, which then creates an environment for protein malnutrition and mineral deficiency. So, the next time you reach for the antacids, remember that you don't want to make your stomach problem worse. Just leave them on the shelf.

Why Should I Use Apple Cider Vinegar for Indigestion?

Apple cider vinegar is a safe, natural treatment that is very effective for relieving stomach cramping and pain. It also helps to alkalize bodily pH, assisting the body in fighting the underlying cause of the problem.

How to Take Apple Cider Vinegar for Stomach Pain

To cure most stomach pain and nausea, drink 1-2 tablespoons of organic apple cider vinegar straight from the bottle.

If you experience regular stomach issues, try drinking a tonic of one teaspoon to two tablespoons of ACV in a large glass of water with each meal. You'll experience relief from stomach pain and gain better health all around.

Does It Matter What Type of Apple Cider Vinegar?

When used as a health tonic, organic apple cider vinegar is best - it has all the good stuff in it! Also, avoid vinegar in plastic bottles as it may contain chemical contaminants that leached out of the plastic.

Forget everything you thought you knew about treating stomach pain and give apple cider vinegar a try. We're sure you'll be glad you did. Let us know how it works for you.

ACV knocked out my stomach cramps in 20 minutes

Been doubled over with sharp pains after forcing myself to finish a spinach omelette 2 days ago. Taking antacids afterwards was like drinking water. Finally got relief: 2 teaspoons of ACV, hot lavender tea, crushed ginger. Everything began subsiding in about 20 minutes .... amazing. I should have realized the benefits of natural remedies from the start. Thanks for the inspiration.

Tried your Apple cider vinegar for terrible stomach pain for three and a half days... the doctor gave me pain pills and diarrhea medicine did not cure the cause of pain within one hour and half stomach pain stopped and I finally got some sleep thank you so much.

I can't believe how long I have waited to try this. I have gone to the emergency with what I felt was intense stomach pain that went around to my back. The pills given sort of worked within an hour or so but I had to take them daily and at a great cost. This treatment of organic apple cider vinegar had been recommended to me but I could not understand how vinegar could cure stomach acid. Well, desperation and vinegar were there so I took one tablespoon then took a drink of water. I would say less than one minute later it was all GONE!! And stayed that way for a week!!! This never happened with medicine. Now I take my shot of ACV about four times as week just as a preventative.

I have great faith in ACV but to recommend taking it undiluted is crazy. Taking undiluted ACV will seriously damage the esophagus. Fact.

Mindblowen. Have regulary taken ACV for hair, skin, and "just to consume it", but never thought it could "cure" pain.

Last night I ate a big carb meal right before going to sleep. And for some reason, when waking up today, I felt like crap.
Alot of gas, and stomach pain. Just felt really off. Quickly googles APV on stomach pain, and saw this site.
Took a good amount in my glass, filled rest with water, and drank it with a straw.

No idea behind the science but now the pain is going away (5 min after) and no longer feeling like crap:)
Weird coincidence or it actually works lol :)

I have had severe pain in my stomach for over a week. In the middle of the night I thought I was dying. I don't do doctors or allopathic medicine. I remember having read about apple cider vinegar but was always afraid to take it in case it made the pain worse. Last night I decided to walk through the fear and I drank 1 teaspoonful in warm water. Within minutes the pain subsided and I fell asleep. Just woke up and couldn't wait to find a place to post my results. So happy for a.c.v..

After enduring a particularly nasty stomach virus I experienced sharp shooting pains in my stomach which ached right through my back. Nothing alleviated the cramping. I then though to try the ACV treatment. I took 1 tablespoonful of undiluted ACV; then about 1/2 hour later I ingested 1 tsp. diluted in a glass of water. Within 1 hour all pain was gone. Note I used regular ACV, the supermarket brand name.

My dad consumes AVC and it works great for him. BUT when I drink AVC 3 tea spoon with full glass of water my stomach ache/hurts. I feel like vomiting. Why? How to deal with it?

1. Try taking much less (1 teaspoon to start)
2. Make sure the apple cider vinegar is organic and contains "the mother".

Last week I was constipated and could not do anything but endure the stomach pains. I went a whole week taking laxatives thinking that it would help, I was able to begin using the bathroom however the pain was bad, REALLY BAD! The center of my stomach right underneath my naval, I would have these extremely sharp pains. Well tonight I decided to take some recommended ACV. So far the pain has calmed down a whole lot, I still feel it slightly so I'm thinking about taking two more table spoons. I'm sure that will do it!

I just recommended ACV and raw honey to a relative for relief of stomach pain; she has been living off of antacids. She experienced intense stomach pain AFTER drinking the mixture of water, honey and acv. I have never heard of this. Any thoughts? Could this be a sign of an ulcer?

Slp, more likely she had too strong of a dose for her constitution. I've seen 1/2 TEAspoon a day being enough to show an effect on sensitive people. Not everyone can do 2 TABLEspoons.

Perhaps it is an ulcer. But it also may be that people with chronic digestive issues cannot well tolerate certain things even if they are generally good things like acv.

I have had a history of gall bladder stones and would have severe heartburn that stemmed from it. I myself would notice that sometimes apple cider vinegar in water gave me a stomach ache especially if I consumed it on an empty stomach.

Your relative may want to get a diagnosis of what is going on. (Ulcer, gall stones, whatever.) Then he can address the underlying issue. Living off antacids can cause a lot of problems. I wonder if that is what gave me gallstones in the first place. I consumed untold amounts of them for heartburn during 8 different pregnancies.

I have since gotten rid of the gallstones with gallbladder flushes, and heartburn is happily a thing of the past.

I just had the absolute worst stomach ache after eating pizza & I was miserable. I took two tablespoons of Apple Cider Vinegar followed by sipping water & my stomachache disappeared in less than ten minutes!! Thank You so very much for posting this valuable information!! :)

Anytime I have a sore or upset stomach from food or such, ACV cures it right away in most cases. I take 1-2 TBSP followed by water.

I had been treated for helicobacter, with symptoms like:indigestion, painfully swollen upper abdomen. Apparently the bacteria was gone (according to GP) but I was still having painful tummy, swelling and indigestion. I started taking ACV initially for my tinnitus (don't see any changes still) but my tummy is much better, haven't had any indigestion or swelling. I give it to my husband too as he has some stomach problems and I'm hoping it will ease his snoring :-D

I had the absolute worse stomach ache of my entire 57 years. Even my lower back started to ache. I don't use any commercial remedies and was reluctant to take the ACV with such pain. 30 minutes ago I gave in and took 2 tbs of regular old ACV. The pain is now completely gone. Why I waited so long I don't know, but whatever, it worked. Off to get a good nites sleep now.

Apple cider vinegar is so vital. I thought that I would have appendicitis but when I drank that all the pain was poof , gone.

Had not been sick to my stomach in many years. Contacted a health food store I use frequently for vitamins, explaining I did not know how to stop the problem. He said put 1 teaspoon of ACV in a small (4 oz) glass of water then drink it slower. It worked within 20 minutes - such a relief. If stomach continues being upset, drink 1/2 of the liquid before eating a meal and 1/2 afterwards. When pressure built up in my chest cavity causing much pain, I used the ACV/water solution and it stopped the pressure. Rather than continue using the ACV/water indefinitely, with meals I took 1 capsule of Echinacea 400 mg to break the virus or whatever it was. It worked. But I will remember the ACV/water and use when needed.