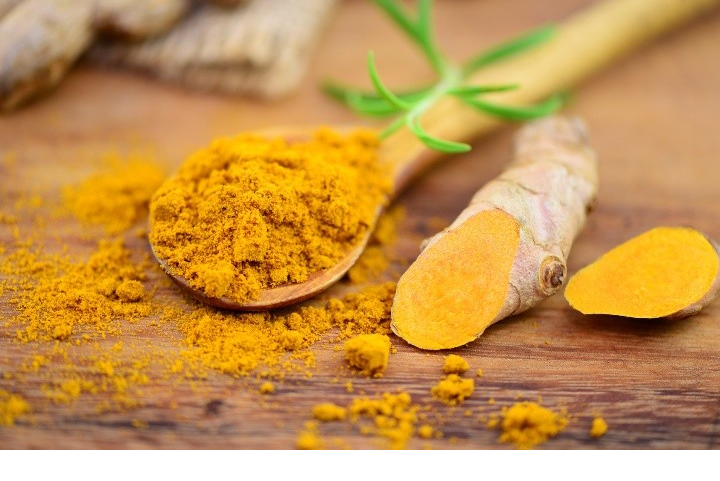 Turmeric, a common spice in India, has been used in India and throughout Southeast Asia to shrink lipomas or fat deposits. Turmeric is part of the ginger family and has been long touted as a natural remedy for many ailments.

Turmeric contains curcumin, which is an anti-oxidant and anti-inflammatory agent. Curcumin is commonly used throughout the world to alleviate arthritis and to reduce inflammation in the joints.

How Do I Use Turmeric to Treat Lipomas?

Mix 1 teaspoon of turmeric with 2 tablespoons of coconut oil, flaxseed oil or olive oil. Mix well and smooth a little of the mixture onto your lipoma. Cover the lipoma with a bandage or gauze to protect your clothes. Turmeric will stain clothes!

Turmeric can also be taken internally daily to help shrink lipomas. Because turmeric has the ability to stimulate bile acid, it helps cleanse the liver. Some holistic practitioners believe that lipomas form from a liver imbalance and have their patients take curcumin supplements to detoxify their blood and liver. Dietary changes like avoiding soy, MSG and artificial sweeteners are also recommended to soften and shrink liipomas.

Continue reading below to learn how our readers fared when they tried turmeric for their lipomas! Please share your feedback if you have tried this remedy.

Turmeric + Aloe Vera worked like magic on my lipoma: 3 days!
I found this tip from some Indian naturopath: Mix a bit of turmeric with a bit of aloe vera gel and wrap thick layer well over lipoma with bandage and leave on lipoma for approximately 6-8 hours a day/ night (mine was on back of ear, around 1 cm big, had it for over a year- it was quite difficult to affix bandage with mixture there, but not impossible).
Day 2: I could feel it is getting "inflamed" and started being painful and warm- I was as worried to develop abscess on my head, as I was aware that inflammation is probably the only way to drain that gross growth which look horrible.
Day 3 was quite painful, very warm even part of my face, so I realised I can try to squeeze it- and it burst and I drained it VERY WELL and bye bye gross growth!
Note: After I remove T+AV mix, rinse and splash bit more aloe and leave it.
Wound after care (oh yes was super worried to not cause some major infection): Saline water rinse, tea tree oil and (once it closed a bit) more aloe on wound.
This worked like magic- today is day 4: Mini wound is healing great. I am free of lipoma.
Indian naturopath said it takes 7 days, but it was 3 for me to get it off...
Love natural healing.

Hi I have some of them, I think there are 30 all over my body. My mother has is it too and she saight always this liboms I will take into the grave, but my meaning about thiese is for every pain there will be a natural powder or solution available. Some of thiese lipoms I have since my youth or over 25 years under my skin. Some of them I have to cut it out (lipomas out surgery) but every time they come back on another target.

Here are a picture of one libome

this one has a size about of 2,5 - 3 cm in the length and 1,5 - 3 cm in the width. I will try these curcuma powder (Mix 1 teaspoon of turmeric with 2 tablespoons of olive oil) in a pasta for 7 days as I have read all these post from. I am very excited.

So after 7 days of hope with Curcuma cure, I have no healing about my lipoma. see more at the pictures:

Hi Frank - If I had lipomas, I would definitely try what I'm calling a "viral cleanse" as I suspect lipoma is a viral barricade made up of the same stuff viri use to hide behind to protect themselves from the immune system. Basically, fat.

I would hydrate religiously - I.e. create 2 liters of good filtered water every morning and drink it throughout the day, at a rate of about 250 ml every two waking hours or 1 cup of water every 2 waking hours. That should empty a 2 liter bottle by bedtime. And that means drinking it, not sipping it.

I would also swish, gargle and swallow about 10ml of "light", 10 - 15ppm colloidal silver when I get up and before bed everyday.

After 1 week, I would take 2 aspirin and continue with the hydrating and colloidal silver for another week and then, again, take 2 aspirin.

So, that's 250 ml of water every 2 waking hours, swishing, gargling and swallowing a mouthful of light colloidal silver twice per day and 2 aspirin once per week.

So, basically, I'd hydrate, load up with some silver then I'd huff and I'd puff and I'd blow their house down with the aspirin and introduce them to their worst enemy - silver - which will take them out.

But this is just what I would do, based on my own theory about what lipoma is.

Hi Cindy, I drink since 2 years water from the pipe on every day 3 litres because I have 92kg. Since march 2021 I drink a only water from a reverse osmosis water system with max 50ppm inside on every half hour a 300ml glas of them. But my lipomas are not going away. My blood ph-value is now at 7. in the summer I always eat some ice but after the summer I eat no sugar any more. My wife cooks normal and with indredients from a house garden from june to september. the veggies from the package have after the reverse osmosis water system a value of 350ppm. When I wash it 5 times the value goes down to 60ppm. the same is with the rise. Do you have any ideas of the tipp from https://ted.earthclinic.com/cures/lipoma.html and the user ted "The easiest right now is DMSO mixed with castor oil and clove oil, which is proven to be effective. The mixture is as follows:

I will try the bonus from zelith in a month and this powder includes selenium. I take 3 times a week a Vit. B with 30mg Vitamin B3 and no selenium. I think this is too low. I also take OPC 300mg, ones in the morning, and other tabs. thank you frank

please try to see if your Curcuma (turmeric) is fake:

I found a fatty growth over one of my ribs the size of a 50 cent piece. I take about 3,000 mg of turmeric per day for general inflammation. I made a paste with olive oil and a capsule of turmeric and applied it to the fatty growth daily and completely covered it with a band aid. I continued this for 7 days. I would remove band aid and clean area and immediately reapply so that it was continually in contact for the 7 day period. After the 7 days it was gone.

Thanks for the details. Can someone confirm if consuming 3000 mg of Turmeric for inflammation works? I have lots of Lymphomas, around 30 of them. There are few on forearms that I can try The Turmeric paste with olive oil. Appreciate your response.

If you make a thick paste with dried turmeric (we call it saffron in Trinidad) with olive oil and paste it over the lipoma, it totally disappears and leaves no trace. (You can cover it with tissue or a plaster), My friend did it on his ear and I did it for my daughter who is 10. Both of them were told they had to undergo surgery. I am ecstatic to report no surgery needed. My daughters lipoma was 2.2cm. 2015 July 05

How long did your daughter and your friend wear the tumeric paste on their lipoma? Overnight? Several days? Did they have their lipomas a long time? Could you supply any other details? Also, did it stain their skin for a few days? Thanks so much and God bless!

It will stain skin for about 3 days...and permanently stain clothing with which it comes into contact.

Dave, see my post below re ringworm treatment It is only permanent on some silks and special weaves. But on cottons and blends it does disappear.

Turmeric stain has stayed on my cotton shirt...maybe I'm not using a good enough soap or soaking the stain long enough. What do you use?

Don't throw that shirt out. You may have to wash it three times, hang wet to dry. There was a reply from India a few weeks ago and she said it disappears when exposed outside. With their usage of haldi I would think it should work .

I find Sunlight bar soap or something similar would work. Avoid bleach.

Just curious, anyone in here have their gall bladder removed?

Yes. Been told that is partly way the body can't eliminate the fatty tumors.

How long to keep this paste over lipoma??

Re lipoma's, I had two on my back for two years. Two months ago one started getting large and full and a bit annoying. A doctor suggested that I get it surgically removed (for asthetic purposes). I then discussed it with the wonderful owner of my health food store who suggested turmeric as a possible remedy, so I bought a bottle. I dont know if he had expected me to take the turmeric internally, but all I did was prick one capsule with a pin and put a dab of the turmeric oil on each lipoma.

Coincedently, however, I simultaneously started taking raw Apple Cider Vinegar the same day, and the following night I put a diluted dab of the ACV on my lipoma instead of the turmeric. Hense, I cant be sure which one 'did the trick', but to my surprise, within 2 days (when I reached back to 'scratch' my itchy lipoma) it opened up and emptied out quite a lot of a white substance! I then helped the process along that night by gently applying pressure w/ a tissue against it to empty it even more. They are both now flat and barely visable at all, so... Surgery was avoided! (Yay! =o) However, I can still feel an occasional 'tingle' or 'itch' from the area, so whatever caused the lipoma's in the first place may still be 'alive and well'. Perhaps I will put some more turmeric and/or ACV on the area again and see what happens. Anyway... Hope this helps others looking for non-surgical solutions?

Response to Trey: I have tested this technique for a week. I think this what you have was not a lipoma. After using the ACV and Curcuma my Lipoma looks like an big yolk.

Sounds like maybe molluscum contagiosum. I've just started treating that condition in my daughter with ACV..... So we will see!!

Hello I've suffered with lipomas for the last 20 years. I've had many surgically removed and some I've applied chickweed and other numerous topicals. I've never experienced any that leaked anything. Are you sure it was a lipoma, or perhaps it was some type of cyst?