Five Ways to Use Hydrogen Peroxide for Coughs 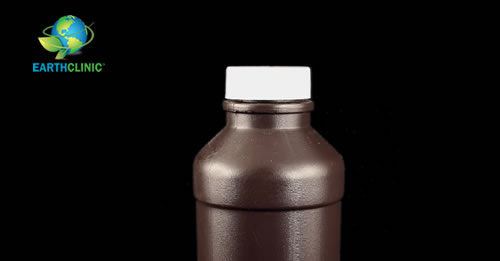 If you want a natural cough remedy that is easy to find, easy on the wallet and easy to use, you must try hydrogen peroxide! Hydrogen Peroxide, the kind you find at the grocery store for a dollar, is commonly used for first aid. It is used to clean cuts and wounds and prevent infection, so we should not be surprised that it also fights the infection that causes a cough.

Hydrogen peroxide can safely be used in the mouth and then spit out. Add 1 teaspoon of 3% hydrogen peroxide to an ounce of water and gargle for 1 minute. Repeat this every two hours.

Bill Munroe created and popularized “Hydrogen Peroxide Inhalation." This treatment is easy to do many times a day; it is so portable. For directions on how to do this, see this page.

Mix 20 drops of 3% hydrogen peroxide with 60 drops of distilled water in the medicine cup of the nebulizer. Use this treatment every 2-4 hours.

5. Hydrogen Peroxide in the Ears

If you have a cough, for good measure, put some 3% hydrogen peroxide into your ears once or twice a day. This will help fight the virus that is causing the cough and help to prevent the infection from getting into your ears.

What Kind of Hydrogen Peroxide Should I Use for a Cough?

Have you tried hydrogen peroxide for a cough? Please send us some feedback!

Hello, I know the effect of Hydrogen Peroxide, use it for bronchitis, cough, etc., it helps me to get rid of the above-mentioned ailments, I also use it to strengthen the body, i.e. oxygenation.

I have been suffering with an acute cough after the flue, being researching how what including various cough mixtures and still up to day by sheer determination discovered this amazing web portal. Well I took the advise and bought the oxigen peroxide. Ist time took 2 squirts into the mouth and within 20 minutes felt the amazing relief

I am do delighted that I was so fortunate to have found this advise. Thanks a lot Martin

I had a nasty cough after getting the flu. I inhaled 3% hydrogen peroxide a few times a day, following instructions from your site. The first few times it really gross, I coughed up so much nasty stuff, but after a day, my cough got better. I am on day 3 and it is minimal. I just cough at night. Great remedy.

I had a cough that will not go away and turned into congestion. They gave me amoxicillin for 2 weeks. It didn't work completely. My doctor gave me stronger amoxicillin that also had something else for two weeks. It was better but it never completely went away and I still felt a little weak . So my friend told me about the hydrogen peroxide one part hydrogen peroxide 2 parts water I put it in a nebulizer potible machine, so I can spray it in my lungs. I'm stronger and the cough went completely away.

In recuperating from a bad cold with fever, I had a lingering cough because I felt like a tickle in my throat all the time. I was coughing so often that my lower ribs hurt.

So I took Hydrogen Peroxide (the regular 3% drugstore stuff) and watered it down, swished my mouth with it while breathing about 5-6 deep breaths by mouth while the liquid was there. Then I spit and rinsed. I did this a few times a day, and in a day or two the cough was gone and much mucous was expelled.

You can try this simple thing, if it doesn't help, it won't hurt: Put 1/4 cap or less of h2o2 (regular drug store stuff) in the cap, top up with plain water. Swish in mouth and breathe thru it some deep breaths (I do 6 cause Bill Monroe does 6 inhalations). Spit out. If you want, do it a few times a day. For me this helps andy respiratory ailments.

Also, we use grandma's remedy of breathing the fumes of a cut onion.

I have had a dry chronic cough for about 16 years that has disrupted my daily life. Nothing helped and I truly feared that I would finally "cough myself to death". I tried Bill Munro's inhalation of Hydrogen peroxide and.... IT WORKED. My cough stopped immediately the first time I tried it - and this is after years and years of constant cough. Okay, I didn't want to get too excited, maybe it was a fluke or psychological or the stars were just lined up correctly but I have been doing this for several days now and I have improved at least 95%. I hadn't stopped coughing, even for a few hours, in 16 years until now. If I'm exposed to a "trigger" like a strong scent I may cough but I can stop quickly. I cough in the morning - feel like I'm clearing out my lungs but then I stop. I have been inhaling about 5 times a day and using food grade H2O2 diluted less than 3%. I had exercise induced asthma attacks in the past that started this whole coughing nightmare and NOTHING has helped. Not inhalers, not cough meds, nothing helped. Mr. Munro I thank you. I feel confident that I will continue to improve - I can take DEEP breaths without succumbing to a coughing fit. TRY IT. TRY IT. It's cheap and simple so there is nothing to lose. PAX to all.

My family got the swine flu at the end of August. For 6 weeks we passed that thing around each of us getting it more than once. One son had it for 3 days each week for 4 weeks and one ended up in the hospital with pneumonia. We all got over the fever fine, but 4 were left with nasty coughs that just wouldn't quit. I tried AVC, but my kids hated it so much that they wouldn't drink it consistently, so I bought a nebulizer online and used half drugstore H202 (1-2 ml) and half water (1-2 ml) in the medicine cup. I had them each inhale for about 10 minutes 2 times per day.

Within 2 days they were 90% better, and the ones who still had a little cough were better in 3. And that was after coughing for 4-5 weeks. I think the little viruses were hiding in the lungs and then reappearing when they got their numbers back up. After I started the H202, no one had a reoccurence of the flu.

I have been coughing up phlegm for several years, particularly right after eating something...Recently I was exposed to something that really made me cough without much of anything coming up. My doctor gave me three neubulizer treatments of 1 cc of 3% hydrogen peroxide (food grade) mixed with 3cc's of a saline solution . This cleaned up the problem in three days, one treatment per day...I am now trying to get rid of the original phylem problem by using the neubulizer on a daily basis..

I did some experimenting on my own after reading numerous articles on H2O2 inhalation methods. I contracted some kind of virus that affected my lungs..with coughing spasms. I filled my cool mist humidifier with 1 gallon of reverse osmosis water and 2 ozs 35% food grade H2O2 and slept with this on thru the night for several nights. First thing I noticed, was that I was able to breathe considerably better with less coughing. This is strictly my own concoction.. I was desparate, as conventional medicine was not doing anything for me. Thought I would pass this remedy on.....

Hi just writing to let you all know that that I was looking for a remedy for Hep c and stumbled across H202. And ACV for high cholestrol. well i have been taking H2o2 as directed with a dropper. And i have noticed that this product cleared an annoying cough. The ACV helped out with the bad heartburn that i had. When the God of Abraham, Isaac and Jacob made this world he made it perfect. Praise the lord for the natural remedies that he has made. CGA, Sa,Tex

I have severe chronic asthma with chronic infections/coughing. I take Biaxin for lungs, but if I'm still coughing, I will gargle with Hydrogen Peroxide for the chronic coughing from the throat. When I do this, all coughing will stop and I will feel much better. Hope this note can help others.