How to Make a Natural Vapor Rub for Cough 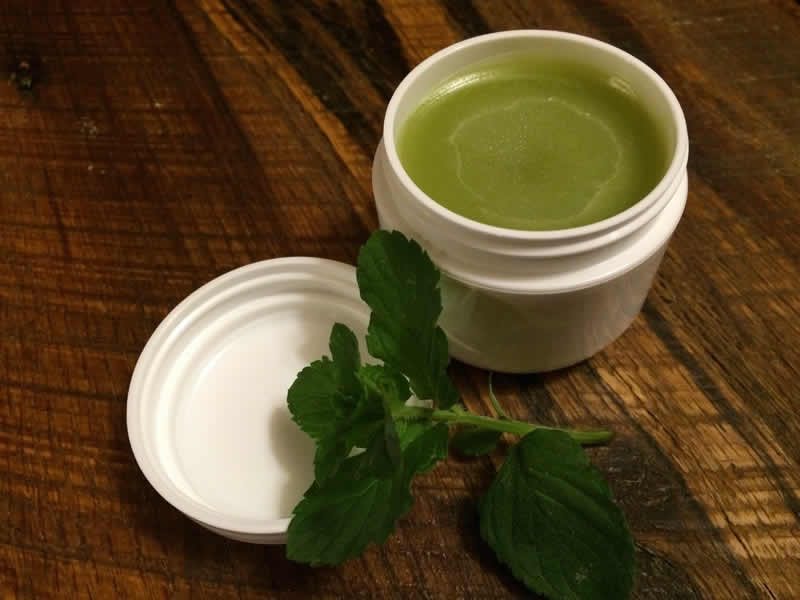 A popular home remedy for coughing is vapor rub. This is generally a pleasant and easy treatment because it is applied to the feet or chest, especially convenient when treating children who don't like to take medication or internal natural remedies.

Over the counter vapor rubs usually contain synthetic ingredients and petroleum. The body does absorb what is put on the skin. If you would not drink petroleum, you should not put it on your body.

The good news is that you can make your own vapor rub and it will be just as, if not more effective, with ingredients that you can feel comfortable putting on your skin and the skin of your family.

You can skip the beeswax and just mix the oils together. The solid form makes it more convenient to apply. Or you can use coconut oil instead of olive oil and beeswax. As long as it is kept below 77 degrees, the coconut oil will remain a solid. This does melt a little more quickly than the salve would when you apply it, but if you don't have beeswax handy, it will work.

Now you have a natural vapor rub to use for cough and congestion for your family! If you are going to use this on a baby or small child, use only 1/4 of the amount of essential oils suggested in the recipe.

Have you used a vapor rub for cough? Please share your story with us!

Continue reading to find our readers' successes with vapor rub for a cough!

I tried a menthol vapor rub and it worked for me. Thanks for all the great tips!!!

My son had a terrible cough that over the counter meds were not helping, so I came to your site and saw the vick's remedy, but I didn't have any vicks. I was thinking of going to the store and then remembered the Burt's Bees hand salve in the bottom of my purse. I don't like to use it on my hands because of the "menthol-ish" smell. Just put it on the soles of my son's feet and covered them with socks. So far so good, hopefully he will rest peacefully tonight.

Take some vicks and rub it on each foot before bed. Put on some socks and wear that through the night for about 4 days and that should help. (when I say four days I mean every night for four nights not four days straight)

I'm on the back-end of a cold and, as always, have got a tickly cough both night and day that sends me off in coughing fits. Three nights ago I slathered Vicks on the soles of my feet, covered them with socks and went straight to bed. I also elevated my head with a second pillow. Worked brilliantly. I've done it every night since - it lasts around 6-8 hours for me. Last night I removed the pillow as it gave me a headache - same great results! Now to try it during the day... :)

whenever I get cough, I put vicks vaporub under my feet and then put on the socks it works wonderfully, and the cough stops.

Rubbing Vicks on the soles of the feet appears to work sometimes, if you're so tired that you'd probably pass out anyway. I did this for my son several times. The first time, it worked fine, but it was 3:00 in the morning and he had been coughing all night. He finally fell asleep and stay asleep for several hours before waking with another coughing fit. The next few nights that I tried it, sometimes it helped him sleep a few hours before waking again, sometimes it did nothing at all. I tried it for myself and it didn't help me at all.

I don't know, it's interesting . I've been hearing about it for years and completely dismissed it as rubbish . I don't even use Vicks and rarely use mentor ribs but had picked my husband one uo months backs when he had the flu because it was just that bad . Fast forward to this past weekend when my daughter stared hacking a dry cough that wasn't in the least productive so in my book ok to treat ..... nothing worked, seriously I have remedies on top of remedies and nothing was working in the slightest . So first night I got no sleep and second night it was 3am and I was almost delirious with exhaustion I said well it's not like it's going to hurt .... and I'm yup as ridiculous as it sounds it worked .why? How? I don't care . If it never works again than I'll never know but it worked and it's crazy . So I came here because this is the one site that usually can tell me but nothing but slim pickings so I'll have to keep digging but it's worth a try if all else fails

it works cause Mom says so!

Once a year mother lined us children up and gave us Castor Oil and Cod Liver Oil to head off the winter. That was like getting a flew shot. if we did come down with a cold it was "Vicks vabor rub to the recuse". She put the Vicks on our chest and covered it tee shirts and such. She would also give us a swallow of it if our throat was sore, "We still here" all over fifty years old. When she would sit the bottle down. We would put some in our nose if it was stopped up. Then we would happily make our way to school smelling like a bottle of Vicks.

It was also my only help when I first started fasting. As my teachers did not believe in taking a drop of, medicine, food or water during fasting, and they were in there sixties and older. So to get relief when a cold hit me the only thing I knew about that could help from the out side was Vicks and it got me through my fast or three day and night shut ins without the help of medication that go through the mouth.

Rubbing Vicks all over both of my feet, then covering them with my white socks did NOTHING for my cough. I coughed all night long! Won't try this again. Evidently, I must not have covered that "particular" area that is meant to travel up to the throat that's supposed to quiet my cough. Maybe that treatment is meant for people who are born contortionists who could then be able to reach down, grabbing both their feet and then, fling them up to their nostrils and....sniff for relief? I dunno how I missed it though - I put that messy gook all over the bottoms of my feet and even between my toes,just for safe meassure - hmmmm, that musta been what it was - "The toes knows not where the nose goes"! (Hey - Try saying that five times while holdin' your tongue). Anyways, in all seriousness, to relieve my pesky, irritating cough, I resorted to taking the ACV/Honey and warm water and whallah - No cougha! VICKS - MOVE OVER.... ACV is here!

EC: Yep, we're never sure about those Vicks posts (also on the nail fungus page).

I'd heard that to get rid of a cough, rub a vigorous amount of Menthol Vapor Rub (Vicks) onto the bottoms of your feet before bedtime, and then cover with a pair of socks. Sounds weird I know, but anything is worth a try if you can't stop coughing. So I passed this on to my email list (I didn't have a cough myself or I'd have tried it), and within a week I heard back from two family members who'd had a constant coughing issue due to colds. The results were 100% in support of its effectiveness. A grandchild who could not get any rest due to coughing slept without a sound after her parents applied the Vicks. And one older relative who had not gotten any rest in days said they slept like a little baby after applying Vicks Vapor Rub to their feet bottoms before bedtime. I'm sold.

During a lecture on Essential Oils, they told us how the foot soles can absorb oils. Their example: Put garlic on your feet and within 20 minutes you can 'taste' it. Some of us have used Vicks Vaporub for years for everything from chapped lips to sore toes and many body parts in between. But I've never heard of this. And don't laugh, it works 100% of the time, although the scientists who discovered it aren't sure why.

To stop night time coughing in a child (or adult as we found out personally), put Vicks Vaporub generously on the bottom of the feet at bedtime, then cover with socks. Even persistent, heavy, deep coughing will stop in about 5 minutes and stay stopped for many, many hours of relief. Works 100% of the time and is more effective in children than even very strong prescription cough medicines. In addition it is extremely soothing and comforting and they will sleep soundly.

Wow Vick's on my feet gave me a night of peace after 2 weeks of a nagging, horrible cough - and very little sleep for my husband and myself. I am 36 and pregnant, and want to avoid medications... But had resorted to using Robetussin which did not help one bit. I had high hopes for ACV honey but so far that has not helped. Still looking for a way to deal with the day-time coughing, but at least I have found a way to get much needed rest! Thanks for this tip!

These essential oils work. I've been traveling and picked up a head cold. I came here for remedies, and it went away quickly but a persistent cough remained. I came back here and saw this post. Luckily I always carry some Thieve's Oil in my backpack (mainly to use as a topical antibiotic). It contains clove, cinnamon, eucalyptus, rosemary and lemon oils. I sprayed it into the back of my throat and let it just sit there for a few minutes before chasing it with water. It quieted the cold and I slept the whole night through. Good stuff!

If you have a child or adult that keeps coughing at night, rub the underneath of the feet with the vicks vapour rub, put on socks to avoid messy bedding, and hey presto!...Knowledge is power, deep hunting for it.....regards from South Africa

Last night I had a bad cough plus sore throat. I had tried the cayenne with water gargle and it worked , but I still had a cough. After seeing the vicks remedy on your site, I tried it and indeed, within 15 minutes , no more cough and ,in addition, I soon fell into a very deep and restful sleep!

I had pneumonia last year, and the worst time trying to get rid of the "Leftover" symptoms; i.e. cough. I was told to rub Vapor Rub on my feet, and put socks over it. To my amazement, it worked like a charm!!

YES. This is so wierd, how does it work? It definately does work though. You could have knocked me down with a feather when it did :)