Castor Oil for Cysts in Pets 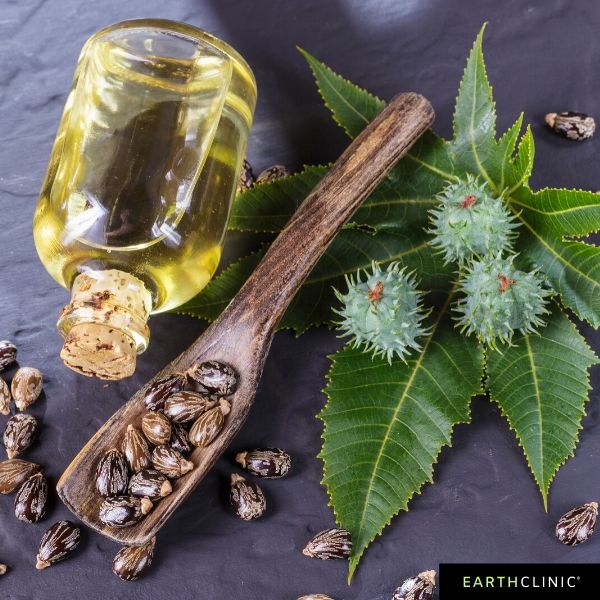 Castor oil is an inexpensive oil you can find at your local pharmacy. Castor oil is used externally to treat cysts in pets.

How Do I Use Castor Oil to Treat Cysts in My Pet?

Gently massage some castor oil into the skin above the cyst twice a day. If you are able to apply some heat after the castor oil application, heat will help the oil to penetrate the cyst. But if applying heat will cause stress to your pet, just try castor oil without heat at first and see how if that will solve the problem.

You can apply heat to the castor oil by using a blow dryer on a low setting for a couple of minutes. You can also hold a warm rice sock (heat it in the microwave) against the castor oil covered cyst for a few minutes after you apply the castor oil.

Castor oil can be messy. It can stain bedding or furniture, so you may need to take precautions to protect furniture while you use this treatment.
With castor oil use, the cyst may begin to look worse at first. Cysts can change color. They may have a discharge or bleed. If there should be an open wound, keep it clean with hydrogen peroxide. Raw honey or turmeric powder can be used on the wound.

Castor oil, used internally, can cause a laxative effect. While it is not harmful if your pet licks the castor oil that you put on a cyst, do know that it could cause loose stools. If castor oil is used on the abdomen, in sufficient quantity, it can have a similar effect.

Have you tried castor oil for cysts in your dog or cat? Let us know how it worked for you!

I did castor oil about 2-3x/day for about 3 weeks on my dog's cyst on her head. It completely scabbed over and dried up and her skin and fur looks perfect again.

Was cold working or it was needed to warm it?

I took my 15 yr old dog to pet ER about a bleeding mass on her head. The mass was hanging from a thin string of her own skin. They said she was healthy as could be and it would be $1300 for the pet ER to remove it. By the time we got to ER it was not bleeding because I had heard that spider web stops the bleeding and it really did stop it from that point forward. I went to the garage looked in a corner and picked and applied some to the mass. Then after pet ER, I began applying castor oil daily with a qtip. After about an hour I would cover her eyes and turn on the blow dryer on low heat and just let it warm the mass, not even 30 seconds.

Daily it got harder and harder, sort of like a dried up light weight black rock. Not even two weeks later, I cut most of it off with a sharp pair of sterile scissors. I was kind of scared to do that, but after I snipped just the end it was like clipping a toe nail. So I clipped a couple more pieces of this dried off tumor. There is still some hard dried up tumor to go but she is so happy and wagging her tail not to have that large mass dangling from the top of head anymore. What's left is so small now I may leave it, but its hard too. I DID NOT clip the string of skin, no way.

I first found out she was healthy too from ER, not dying of cancer or anything. I had read this works and it does. For a couple of dollars and some patience, a castor oil qtip application daily, then a brief period of warmth, I have saved a great deal of money and my pet, my baby is so much happier. Never cut the thin string of skin, as this would be cruel to the pet, only the edges of very hard dried up tumor little by little to see if there is a reaction from your pet. You will know when it is rock hard dead after some days of just looking at the thing/dried up mass. I have to make that very clear. I believe in spending money on your pet for shots and more, but if you can save a huge pet bill go for it, but be very careful and patient.