How to Make Golden Paste 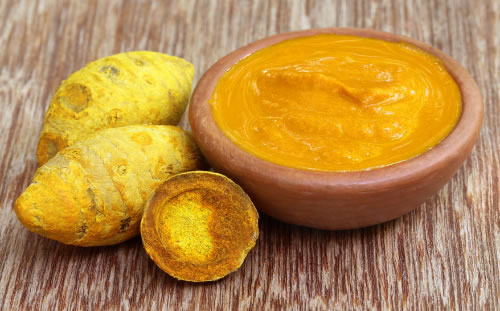 Golden Paste is a combination of turmeric, water, black pepper and coconut oil (or olive oil). This combination of ingredients is not only golden in color, it is golden in performance as a natural remedy for a variety of ailments in humans and pets. Golden paste can be taken internally or it can be used topically.

How to Make Golden Paste

Mix turmeric and water in a small pot and cook on low for 6-10 minutes, stirring often, until it forms a paste. You may need to add another few tablespoons of water if the mixture gets too thick.

After 6-10 minutes, when the turmeric and water have thickened, add black pepper and coconut oil. After the mixture is blended, remove from heat.

Allow mixture to cool. Store in a glass jar in the refrigerator for 1-2 weeks.

Why Use Golden Paste instead of Plain Turmeric?

Cooking root vegetables can help to bring out some of the medicinal properties contained in them. Cooked foods can be easier on the digestion of sensitive individuals.

Topical Use of Golden Paste

Turmeric is used topically for infections, eczema, ringworm, psoriasis, acne, staph infections and wounds. Golden paste makes turmeric easy to apply to the skin. The coconut oil or olive oil also have healing properties for the skin. If you use turmeric topically, be aware that it will temporarily stain the skin. While this may not be a problem if you are treating a patch of ringworm on your leg, if you are treating a pimple on your face, you may not wish it to be highlighted with a golden glow during the healing process.

Turmeric is your own home made salve. You will probably want to cover Golden Paste with a bandage when you use it topically because it will stain fabric or anything it comes in contact with.

Internal Use of Golden Paste

You can take Golden Paste right off the spoon if you like. Or you can use it to make Golden Milk by adding 1 teaspoon of Golden Paste to 1 cup of warm milk (dairy, rice, almond etc.)

Golden Paste is a natural remedy that may be useful for any of the following ailments:

How Much Golden Paste Should I Take?

If you are new to taking turmeric and you are starting with Golden Paste, start with ¼ teaspoon once or twice a day. If that suits you, and you are not seeing the desired results, increase the amount you take by ¼ teaspoon increments. Be aware that turmeric can be constipating for some. Whether you take turmeric or Golden Paste, always take plenty of water with it to avoid constipation.

You can mix Golden Paste with your dog or cat’s food. Or if he is an adventuresome pet, he may lick it right off the spoon!

Have you used Golden Paste? We would love to hear how this has worked for you!

Question about the golden turmeric paste. Is the turmeric listed in the recipe in powder form or grated from the roof itself? Thanks!

I just used turmeric powder. But a quick Google search gives recipes that use the fresh root, if that's what you prefer.