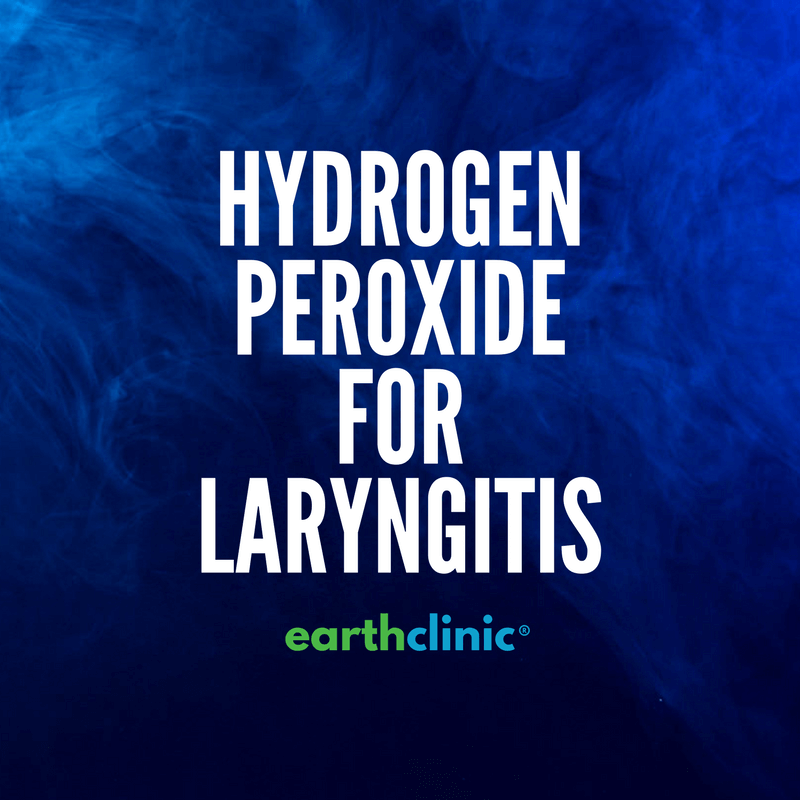 Hydrogen peroxide has proven to be an effective cure for laryngitis. Found in the kitchen and bathroom cabinets of millions of people worldwide, hydrogen peroxide is one of the indispensable home remedies. We are always hearing from our readers about new hydrogen peroxide cures for many different ailments.

Hydrogen peroxide is nothing more than oxygen and water combined in a unique ratio to form a germicidal liquid. The bubbling that users are familiar with is an oxidizing reaction and the reason hydrogen peroxide is such an amazing home remedy. The hydrogen peroxide reacts with organic material and breaks down into its elemental forms, water and oxygen. Most disease organisms cannot thrive - or even survive - in an environment containing the additional oxygen from the hydrogen peroxide.

Gargling with Hydrogen Peroxide is said to help cure laryngitis. One reader reports that the peroxide "bubbling breaks up the crud immediately which I'm able to cough up."

Continue reading below for reports from our readers on how hydrogen peroxide worked to cure their laryngitis! If you try this remedy, please let us know how it worked for you!

I inhaled a few mist sprays hydrogen peroxide for my bad sore throat and laryngitis and it got better a few hours later. I used 3% food grade.

My son woke up with difficulty breathing, no voice and pain in the throat. Called emergency and was told to wait for the clinic to open( which was in an hour). Gave him 2% hydrogen peroxide to gargle and instantly 70% of his voice came back and some mucous was dislodged. And he feels better instantly though his slight cough is still there.

Girl, the H2O2 worked immediately on my throat and cured laryngitis!! Thank you!

I recently had the flu which led to my getting of Laryngitis. My local doctor who prescribed some antibiotics for me said to gargle hydrogen peroxide. It does help to break up anything in the throat, but may not take away any pain felt when swallowing for a while.

I have gargled hydrogen peroxide for sore throats/laryngitis for years. I get sinus congestion that ends up wrapped around my vocal cords. As soon as I start to lose my voice, I gargle with hydrogen peroxide. The bubbling breaks up the crud immediately which I'm able to cough up.