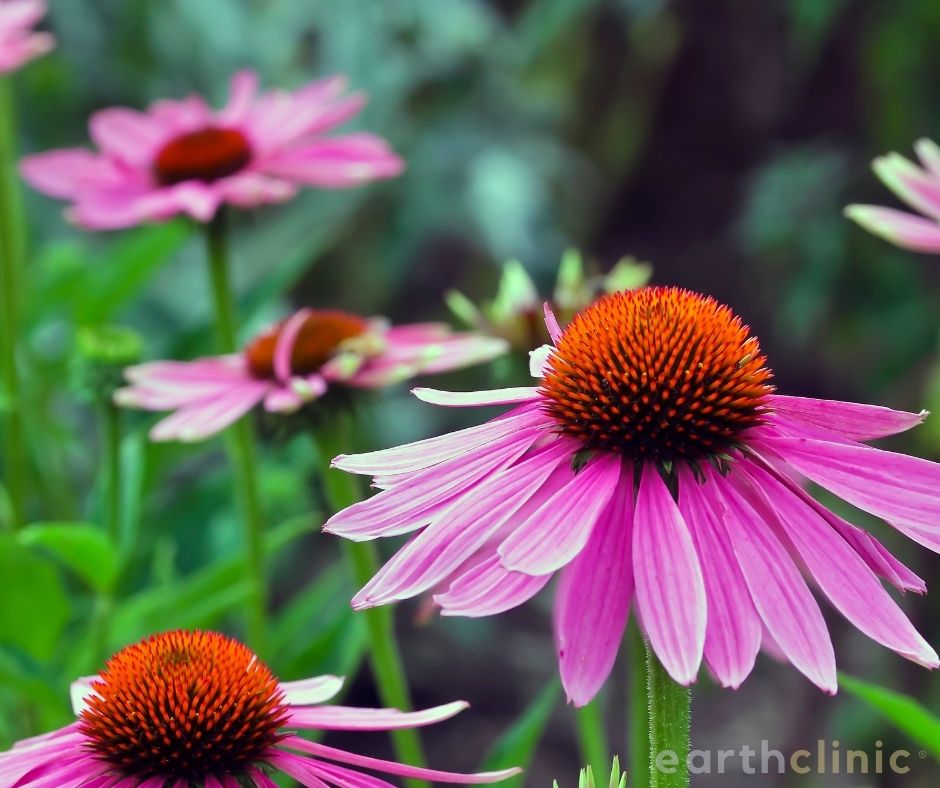 Below, learn how an Earth Clinic reader treated 30 years of chronic skin infections by chewing on an echinacea root each day. Amazing!

I had skin problems that got gradually worse over a 20 year period during my 20's, 30's & 40's. It manifested in several different ways...

1. acute skin infections mainly on upper legs and butt that would quickly swell up larger than a pimple but smaller than a boil... Topical tea tree oil would dry these out quickly. Otherwise the infections would remain and get larger eventually erupting like a giant pimple

2. a dense cluster of seemingly benign red spots on lower legs and ankles that didn't change very much and itched very little.

3. more recently... extreme sudden itching on the forearms and back of neck with no visible rash that could be relieved only by directly rubbing with freshly cut garlic

I was looking for remedies in a James Duke herbal remedy book and had the insight that this might be a systemic yeast infection manifesting through the skin.

I tested some of his remedies in isolation like high daily doses of garlic added to juice for 3 weeks then high doses of goldenseal for 3 weeks. These worked great, especially goldenseal, but the skin infections came raging back within a week after stopping each herb.

Then I tried echinacea root. I had been effectively using it to stop acute respiratory infections since 1996 by chewing a pinch of dried root for 45 minutes - typically once a day for 1-5 days at a time.

Since some people say it's OK to use it for up to 3 weeks before it loses effectiveness, I got the idea to do exactly that in August 2012. The skin infections stopped - even the spots on my lower legs that had been there for almost 20 years. Then I stopped the echinacea after 3 weeks and there was no rebound effect. Apparently the echinacea killed the microbe populations that were causing 3 different types of skin infections. I had 3 full months of relief. The tea tree oil bottle gathered dust because I didn't need it. During December the symptoms gradually returned so I did another 3-week round of echinacea in January.

In the central US you can just grow a patch of echinacea (purple coneflower) in your yard, then cut, dry, and store one root at a time as needed. It doesn't take very much, and a small amount stored in a sealed jar can last for several years without deteriorating.