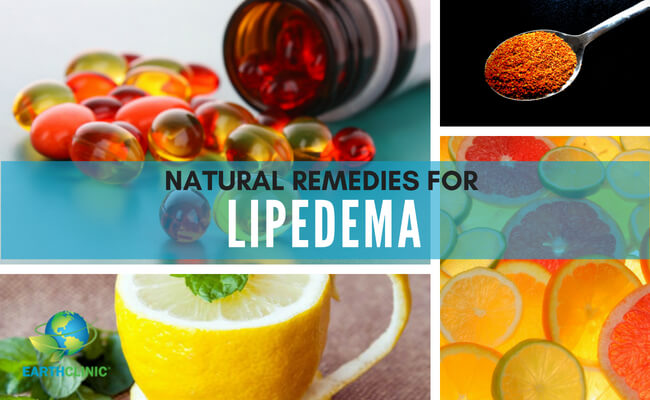 Lipedema, a condition caused by an accumulation of fat in specific areas of the body, affects mostly women but men can also have this condition. Dietary changes, exercise to increase lymphatic flow, and natural remedies like cayenne pepper can be helpful in alleviating some lipedema symptoms.â€‹

When the lower half of your body is suddenly becoming bigger and is no longer proportioned to the upper half, it is time to take notice because it may not be obesity or weight gain. The condition is called lipedema. While lipedema affects mostly women, some men are not spared, too. Dietary changes, exercise and natural remedies like cayenne pepper are helpful in alleviating some lipedema symptoms.

The most visible symptoms or signs that point to lipedema is the sudden swelling of the lower half of the body specifically the abdomen, hips, and legs. The fat cells were not properly distributed in those parts, which causes the swelling, which makes the person look obese.

Some say that lipedema is an "under-diagnosed" disease that might have led to the lack of proper treatments aside from liposuction. Having this may cripple one's life in the sense that people may develop insecurity because of the way they look. There is also the issue in mobility where because the legs and hips are heavy, it may be impossible for them to move as freely as they wanted.

Some lipedema specialists suggest the removal of edema may target the lymphatic drainage to give the fluids areas to flow.

Lipedema is basically inflammation that also affects blood vessels. To address inflammation and the fat cells that block blood vessels, some natural remedies may be able to help ease the discomfort of lipedema.

It is essential to look at your food history and avoid foods that may cause irregular blood flow.

Look for fruits and vegetables that contain rutin or a flavonoid, which many people believe positively affects the blood vessels. It is said that this plant pigment has been used in treating hemorrhoids, internal bleeding, and even varicose veins.

Avoid any food that can contribute to weight gain.

There is a certain type of carbohydrates called fucans that are found in various seaweeds. It is believed to help prevent blood from clotting. In lipedema, seaweeds may help force the blood to flow because of this carbo component.

Cayenne pepper contains capsaicin that has medicinal use. It is said that capsaicin may help reduce high blood pressure.

Because the condition involves irregular blood flow, make sure to have a regular aerobic or cardio exercises to help the blood flows. Don't just focus on the lower half of the body but also the whole body.

One of the best forms of exercise for those with lipedema is 20 minutes of exercise on a mini-trampoline. Also called rebounding, jumping on this device increases lymphatic flow and helps blood flow and circulation.

As with other female conditions, health experts believe lipedema is caused by hormones. This is just mere suspicion and no medical study can prove this. Some experts say it has something to do with women's genetic makeup because there are cases when not only one is affected in the family. Other sources also noted on the incidence of lipedema at puberty, when a woman undergoes gynecologic surgery, during pregnancy, and yes, during menopause.

It is important to distinguish lipedema from obesity immediately. When you notice that the lower half of the body is no longer proportioned to the upper half, suspect that it might be lipedema. The legs can sometimes feel heavy than before because the fluids accumulated on that part and cannot flow properly. There may be some bruises on the skin that are not caused by external factors. This may be caused by the pressure of fat cells on blood vessels in certain areas of the legs or hips or even buttocks. If the color of the skin turns into some kind of orange, that may also point to lipedema. You will feel pain in the joints because of the pressure from the heaviness of the body.

There are medical procedures to address lipedema such as liposuction but not everyone is quite keen on this invasive surgery.

The most visible symptoms or signs that point to lipedema is the sudden swelling of the lower half of the body specifically the abdomen, hips, and legs. The fat cells were not properly distributed in those parts, which causes the swelling, and this causes the person to look obese.

While no one can predict if you are going to have lipedema or not, it is important to take care of the body starting at as early an age as possible. It is vitally important to exercise consistently, eat a healthy and wholesome diet, and regularly consult your specialist or naturopathic physician.

Do you have a natural remedy for Lipedema? Please share it with our community!

Hi, please add lipedema as an ailment, not to be mistaken for lymphedema.

It's the one that's also called painful fat syndrome and gives you huge lower legs even if you have gastric surgery or are starved.

EC: Hi Tea, new page for this ailment has been added. Please post remedies if you know of any!

It's so sad there are no post or comments here. I'm pretty bad but now I'm sure this is the cause of my shame. I'm going to go hard out to help others and will start with my rife machine, (spooky 2) and see how I go and work on lymphs plus try vegan/ plat based as keto got me nowhere.

Water fasting 11 days cured my severe concussion of two years so maybe that can help too....

Hi T4me, I was looking into this topic. I found plenty of information, but no simple cures.

This is one of the interesting articles I read.

Be encouraged, you will walk into your cure, Talk positive, and choose to be happy.

I am wondering if your rife was of any value with lipedema?

I have Lipedema, and doing manual lymphatic drainage and will receive compression garments soon. I am type 5 and at stage 3. My doctors have always told me I'm obese. My frame is thin up top and my legs very large. Sadly as I've not been treated, it's now affecting my arms, abdomen, etc. Were spending approx $200 a week on treatment just to try to stop this going to stage 4. My doctor has been no help, but when I went to a church camp, a doctor there, diagnosed me with Lipedema.

On Thursday I hope my own GP accepts I have Lipedema and possibly write a prescription for Compression garments. I've been quoted $350 just for my legs.

I also have lipedema. What I can tell you has slowed the progression and even reversed it quite a bit is using my CHI MACHINE twice per day at the max time frame and doing full body CRYOTHERAPY. I do cryo from 3 to 6 minutes per day. I eat well and work out here and there when I find the time. The moment I stop the above....man, it comes back with vengeance!!!! I have stage 1 with a 25 inch waist and large bottom (40 inches), thighs, calves, lots of fat around the knees and lots of fat pockets all over my legs. This is the vengence I speak of. My mom and sister both have it although my older sister and younger brother do not.

I have the same thing. I'm very thin on top and waist and have thick legs fat around my knees and very painful calves and big ankles. Have had this for years and I'm 65 it's getting worse. I have a vibration plate machine and rebounder. I wear compression socks I'm wondering if taking MMS would help