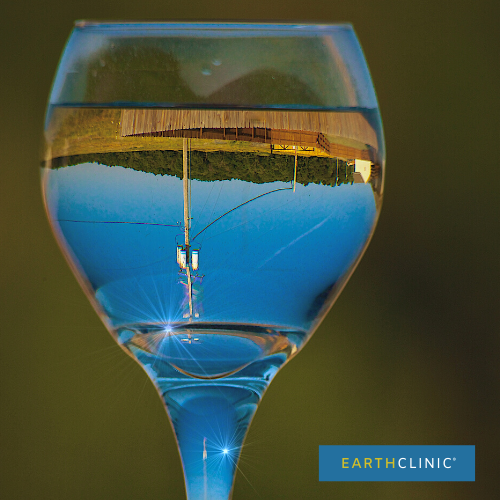 The common hiccup is caused by an involuntary contraction of the diaphragm. The diaphragm is a muscle that separates the chest and abdomen and serves an important part in the body's ability to breathe. As an involuntary contraction occurs, the vocal cords also close suddenly, causing the characteristic “hic” sound. While hiccups are relatively harmless for most individuals and last only a few minutes, some individuals experience hiccups as the result of a more serious underlying medical condition and endure a case of hiccups for several months at a time.

Generally speaking, the characteristic “hic” sound is the only sign of a case of the hiccups. Additionally, hiccups typically present few symptoms; however, common symptoms may include a slight tightening of the chest, a contraction of the abdomen or a narrowing of the throat that occurs as the hiccup is produced. Likewise, an external bodily reaction such as a jumping or moving of the shoulders may occur.


Several factors contribute to the onset of hiccups. Most short-term hiccups are caused by eating too much, drinking carbonated beverages, consuming too much alcohol, experiencing a sudden change in temperature or getting excited or stressed. Additionally, hiccups may be cause by more long-term issues. Factors contributing to long-term hiccups include nerve damage or irritation such as that from a hair in the ear touching or tickling the eardrum, a sore throat, laryngitis, a tumor or cyst in the neck or gastroesophageal reflux. Likewise, long-term hiccups may be caused by issues of the central nervous system or disruption of the metabolism.

Typically hiccups resolve themselves without need for treatment; however, several home remedies can shorten the duration of hiccups and offer relief. A spoonful of peanut butter or almond butter can eradicate symptoms almost instantaneously. Additional treatment options include apple cider vinegar and sugar, bitters combined with lemon and sugar, and a drink upside-down.

A friend showed me an easy way to get rid of my hiccups. I take my thumb and index figure so they form a " C ". I take the open part of the C and lightly squeeze on each side of my Adam's apple with those two fingertips and that has always worked for me to get rid of the hiccups! It is convenient because I can do it anywhere and don't need anything other than my hand! Art

I don't have an Adam's apple 🤔

Yes you do, it's your “voice box”. Might not be as prominent on some people, but it's there. Do the “C” thing and grasp the front of your neck midway between bottom & top & gently move that back & forth- that's your Adam's apple. If you're still not convinced, say “A-a-ahh” in a low pitch while you've got that in your grasp & you can feel the vibration.

My 13 yr old daughter was having trouble with hiccups all day long. Finally, we went on EC and found peanut butter. We only had almond butter so used that instead and within minutes the hiccups stopped! And she was relieved- amazing!

Peanut butter worked like a charm for my guy just now. He has had hiccups off and on for a few days now and was miserable. Yay for peanut butter!

My thirteen year old daughter gets terrible hiccups. Loud and violent and hard to get rid of. I was the same way when I was young, and so was my mother. They can be downright exhausting! They can also be embarrassing. One time I was at Carlsbad Caverns, on a tour, in a cave, hiccuping. They echoed!

So this morning my daughter got hiccups. She tried many of her usual things to get rid of them and she could not get rid of them. Finally they abated, only to return in the afternoon for another long round of hiccupping.

Before dinner, they came again. She said, "Well, vinegar will probably work." She poured herself a spoonful of Raw Apple Cider Vinegar and took it straight and chased it with water. She hasn't hiccuped since!

Yes! 1 tbsp ACV straight just got rid of my hiccups. Thank you!

A very old "Bar" trick that works wonders every time!!! I've been plagued with hiccups for decades and it seems that this old fashioned remedy is just about the only thing that works for me!! Give it a try sometime... You will not be dissappointed!!

To stop my hiccups, I took Baclofen 10mg and they stopped immediately. Last Tuesday, after lunch, I started hiccuping about every 5 seconds. It stopped for about an hour, then got going again. This lasted until Thursday around 6pm when my doctor prescribed Baclofen 10mg and, after taking only one pill, the hiccups immediately stopped. I realize this might not work for everyone, but I am very grateful it stopped mine. Hope this helps someone else.

An instant cure for hiccups - 1 tbsp of apple cider vinegar :)

1 Tbsp ACV saturated with sugar stopped the hiccups. Tried other remedies and nothing worked but this.

Arms Above Head and Breathe

Just lift your arms up for 1 minute and breathe deeply ... always works.

For hiccups: burping, and some baking soda in lukewarm water.

Take a slice of lemon, cover it with sugar and (liquid) bitters... Then gnaw on it for a minute or two and the hiccups are gone!

Just force a burp or two. This worked every time for me.

Been doing this all my life! I learnt it in the schoolyard from a classmate! If you can't force a burp, try drinking lots of fizzy drinks.

I just tried this and it worked after the second time...amazing!

One day I developed hiccups during my high school chemistry class. My chemistry teacher made me get up and drink a cup of water while bending over from the waist. It worked!! Since then, I have altered the technique by getting a mouthful of water, then bending over and swallowing. Sometimes I have to repeat this several times in a row, but the hiccups always go away.

Yet another "yay" for drinking water upside-down. I filled my mouth with water, bent waaay over, and then swallowed. I didn't hiccup once after the first swallow, but I did it 3 more times, just in case. I now have a slight... awareness (not even enough to say "discomfort") in my chest, beside my sternum, over my right breast, but I think that's only because I used really cold water :-) Thank you, everyone, for this cure!

The drink upside down technique for hiccups worked amazingly well. My husband was suffering from recurring hiccups for 10 minutes due to fullness. He didn't eat a lot, but felt very full. I suggested this remedy. He hiccuped through the first 2 sips and then completely stopped on the fourth. He said he felt like he was on the verge of hiccuping and took a mouthful, bent at the waist and swallowed one more time. He stopped hiccuping completely or feeling like he was going to hiccup. We could not stop laughing - it was unbelievable!

Another yay! Had a bad case of hiccups I took about three gulps of water out of a cup upside down using a straw (I didnt follow one persons post of upper lip on rim of cup) and worked like a charm. Try it. It works! Sara

I am 56 years old and my grandmother taught me to drink water upside down. It works 100% of the time. As previous posts mentioned you must drink with your upper lip on the rim and drink while bending over and sucking air at the same time. It's weird sounding until you finally figure out that it works every time.

it doesnt matter how you get the liquid in your mouth.
just get a mouthfull of any drink. look down almost like your trying to turn your head upside down.
it will feel like the liquid is gooing to flow into the nasal pasage.
then.....swallow!!!
hiccups are gone!!! everytime!!!

I learned this trick when I was 14. I suffer from very frequent and VERY painful hiccups. I just fill my mouth with as much water as it will hold, bend completely over at the waist, and then swallow. Usually I have to do this 3 or 4 times right in a row but it always works! ! !

Yea! Hello everybody from our wonderful earth clinic community! It seem to be that the action of swallowing while the diaphragm is compressed and not moving with our breathing stop hiccup after 2 to 5 swallows. Even when I don't have water handy , I just take a deep breath block it , bend and swallow a bit of saliva a few time without breathing and the diaphragm go back to behave normally: no more hiccup! Peace!

I too have been drinking water upside down for hiccups since I was 14. It works every time. . . Just remember not to breathe through your nose while bent over with water in your mouth! I have learned that from experience :).

Wow, that was soooo easy! I had just a tiny sip of water in my mouth (I actually had a large sip before I swallowed half of it), I leaned over, while sitting, with my head between my knees and swallowed. Gone. So cool!

My family have all been using a method I found here for as long as I can remember. It's a variant on the water drinking one. My sister found it after she had hiccups for almost two days!!! I've always been distrustful of hiccup cures but amazingly this one seems to work. Luckily, I've never had it as bad as my sister!! ^_^

I have been miserable with the hiccups for the last hour. Just tried drinking water upside down and I can't believe it worked! Thank God, I thought my chest was going to explode!