What is the Mother in ACV?
Natural Remedies

What is the Mother in Apple Cider Vinegar? 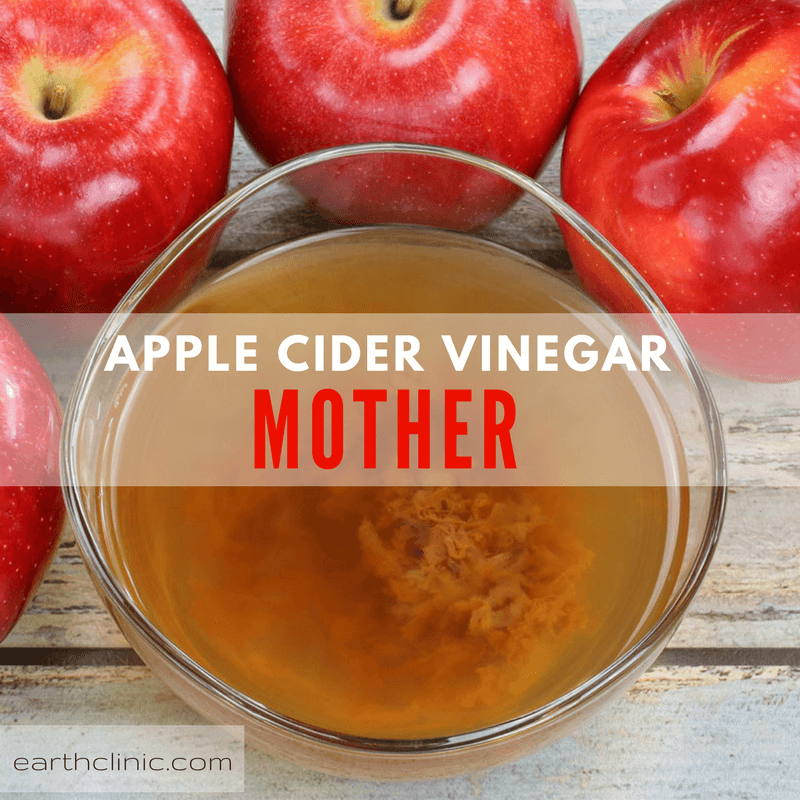 Apple cider vinegar is an incredibly popular remedy for a host of medical conditions. When used for its health benefits, it is recommended to use raw and organic apple cider vinegar because it contains the mother. But, what is "the mother", and is it necessary?

Typical grocery store vinegars have been pasteurized and filtered. This makes the vinegar have a crisp and clear appearance. Unfortunately, while filtering and pasteurization may improve the cosmetic appearance it actually devalues the vinegar and removes important health benefits.

Learn why the mother in organic Apple Cider Vinegar is so important to your health in Earth Clinic's new video.

Vinegar is a fermented food, like sauerkraut, kefir, kimchi and kombucha. The cloudy appearance and the cobweb strings in the raw vinegar mean the vinegar is living and full of nutrients. The “strings” in the vinegar are the “mother,” similar to the kefir grains used to ferment kefir. If there were no “mother” there would be no vinegar.

Raw vinegar with the mother contains probiotics, enzymes and nutrients. These things are removed through filtering and heating.

While most vinegars that are “raw” will also be organic, do make sure that is the case with the vinegar you buy. One pubmed study1 found as many as 96 bacteria in raw and organic apple cider vinegar (and fewer were found in the non-organic vinegar)!  The multitude of bacteria is a positive thing. Not all bacteria is bad.

One of these bacteria, Pichia membranifaciens, is effective against at least one form of mold.2 At the same time, the high acetic acid content in vinegar keeps dangerous bacteria like E. Coli from developing.

The beneficial bacteria and enzymes are what makes the raw vinegar helpful to digestion.

Acetic acid in vinegar is another critical component of apple cider vinegar. This acid is a antifungal, antibacterial and antiviral. Both raw and pasteurized vinegar are high in acetic acid. So if the only vinegar you have is filtered and pasteurized, it may work quite nicely for you anyway, depending on your specific health issue.

However, to maximize the effectiveness and usefulness of vinegar to your body, it makes sense go to the trouble to find raw apple cider vinegar with the mother. It is not significantly more expensive. That bottle of vinegar has countless uses for your health! You will find dozens of uses for this simple remedy.

For the record, raw and organic apple cider vinegar does not even need to be refrigerated and usually has a shelf life of at least 2 years.

When buying raw and organic apple cider vinegar, the “mother” will settle to the bottom. To maximize the benefit of each spoonful of vinegar, gently shake the vinegar bottle to distribute the mother, so there will be a bit  of it in every serving. If you don’t do this, the last bits of vinegar will be quite dark and stringy. While this is not harmful, it may seem distasteful to use it at all at this point, though it is fine to do so.

When Must Apple Cider with the Mother be Used?

While there are times when pasteurized vinegar is fine for certain uses (see below) there are other times when “the mother” is especially needed for a particular health problem.

When fighting a cold, cough or the flu, the probiotics in raw apple cider vinegar are a helpful component of fighting infection, in addition to the alkalizing effect and bacteria fighting acetic acid.

When Can Pasteurized Apple Cider Vinegar be Used?

While raw apple cider vinegar isn’t a comparatively expensive remedy, it is more expensive than the pasteurized vinegar available at the grocery store. There are plenty of times it is perfectly fine to use this less expensive option.

Vinegar is wonderful household cleaner. Even pasteurized vinegars contain acetic acid which does fight bacteria and viruses. In fact, for use in a spray bottle for windows and counters, “the mother” may clog up a spray bottle and keep windows from ending up squeaky clean.

A combination of apple cider vinegar and water (half of each) is used a a hair rinse to reduce oily hair and tangles. Pasteurized vinegar will work well for this; the primary use of vinegar for these purposes is to keep the hair and scalp acidic, which is their natural state.

When soaking feet with a vinegar water solution (1/2 each of water and vinegar) using pasteurized vinegar will work well. The acetic acid will fight fugus. With such generous amounts of vinegar being used in a food soak for athlete’s foot, it will be cost effective in this case to use pasteurized vinegar.

When adding a cup or two of apple cider vinegar to a bath, using raw vinegar can get expensive. In this case, using pasteurized vinegar will be a cost effective option while still providing the benefit of acetic acid and the positive effect on the acid mantle of the skin.

Certainly when there is the potential benefit from apple cider vinegar and no raw vinegar is available, it makes sense to go ahead and try pasteurized vinegar. The acetic acid, which is in vinegar whether they are pasteurized or not, is commonly remedy enough for plenty of conditions. Food poisoning is a time when consumers turn to any vinegar on hand to get acetic acid fighting the poison in the gut. In the event of a gall bladder attack, sufferers have found that using a tablespoon of any vinegar available (diluted in water or juice) often stops that dreadful pain in short order.

Has raw apple cider vinegar been a help to you in some way? Please send us some feedback!

Apple Cider vinegar with the mother is the best form of acv. It is liquid form; you can find it at health food stores or most grocery stores with a organic healthy iInstructions are on the bottle. Hope this helps blessings to all ttc. (trying to conceive)

Use ACV with "the mother" which seems to yield better results. You can usually find this in the natural foods section of a grocery store.

To Refrigerate or Not

Thanks for your informative and entertaining video on the mother.

Is it better to refrigerate or just leave it sitting on the kitchen counter?

What is the Mother in ACV?
Natural Remedies