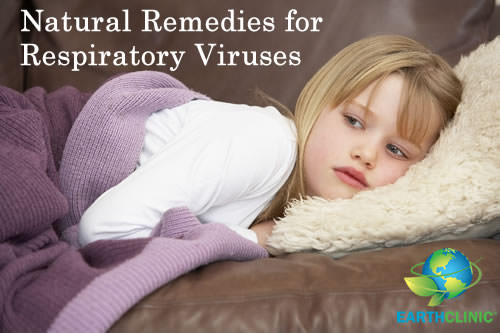 A respiratory virus is going around my community and my family. A couple of friends have mentioned the possibility of it being EV-D68, that enterovirus that’s been putting young children into the hospital. I looked up the symptoms and such and it certainly seems to look like that, but we haven’t had it tested nor am I a doctor.

What the CDC and Other Websites Are Saying About EV-D68

Enteroviruses are typically found in the gastrointestinal tract and may spread to other parts of the body, including the central nervous system. I read that these RNA viruses cause 68 different illnesses, including polio and hepatitis A, but this virus most often resembles a severe cold.

The Centers for Disease Control and Prevention state that: “Enterovirus D68 (EV-D68) is one of many non-polio enteroviruses. This virus was first identified in California in 1962, but it has not been commonly reported in the United States.”  The CDC further stated that EV-D68 is primarily affecting children because they have not yet developed immunity from previous exposures to these viruses.

What was surprising to me was how many websites described the symptoms, causes, concerns etc. and went on to say that, “there is no treatment.”  The peoples’ comments were often of fear and concern that they would get this virus “that has no known treatment.”  It is a virus which antibiotics would not cure. There is no vaccine. There is rather an attitude of, “Oh, no, what will we do?”

Now, I am not blowing off concern for this sickness. Anything that is putting significant numbers of children into the hospital is a concern. And even a mild cold is a concern for the very young, the elderly and those with other health problems.

Frankly, I was dismayed that mainstream health websites could only offer the suggestion of “hand-washing to prevent the spread of the disease.”  While I agree that this is a great first step, there are TONS of things that can be done, in my non-medical opinion, to fight this virus!

My Family’s Experience With This Virus

I don’t know if this is the virus we have going on at our house, but if it isn’t the same, it is surely similar. I will share some of what we are doing in case it would be helpful to anyone else.

In the last few weeks, several of us have had the beginnings of a cold. The first thing I do is to start giving people with cold symptoms lots of Vitamin C – 5 grams of it at a time, at least 3 times a day. I have been using Nutribiotic Electro-C for this and find it is tolerated well by my family. 1 teaspoon has about 6 grams of C, plus some other vitamins, and it is non-GMO.

Vitamin C alone seemed to fend off whatever was going on with several people and I thought nothing more of it.

Then I started to feel unwell. I was taking Vitamin C, but not a lot. I was also busy and not doing what I ought to have been doing (resting, fluids etc.).  So on Tuesday, I woke up with a miserable sinus infection. I rarely get sinus infections. The headache from it was debilitating. I tried Earth Clinic’s remedy of salt, hydrogen peroxide and water in a neti-pot. Wow!  That was amazing!  I could immediately clear my head of all kinds of junk. I have repeated this treatment a couple of times a day since. I love this remedy.  It is cheap, and easily available to so many.

My daughter, who has a history of asthma (including one hospitalization for it), had no warning of sickness coming on.  She woke up with a fever, wheezing and nausea. I had her taking vitamin C, though not as much as I would have liked. (She was pretty picky about her fluids that day.)  I also started using her nebulizer to give her breathing treatments. I was watching her like a hawk, very concerned that we were going to be going to the emergency room after all. We tried several different things in the nebulizer: colloidal silver, albuterol and very much diluted hydrogen peroxide. I do use a pulse-oxygen meter on her to check her oxygen levels.

Interestingly, the hydrogen peroxide helped her oxygen numbers the most, even more than prescription albuterol. We mixed 5 drops of hydrogen peroxide and 35 drops of distilled water in the medicine cup of the nebulizer. Epsom Salt baths usually made her feel better for a while (1 cup per bath, with some lavender essential oil). She would drink an herbal tea I had made for her.  (The recipe is below.)

She remained stable, but her breathing was not great. Finally, I realized, "She isn't really wheezing," and started thinking I needed to treat the virus aspect more. So before she went to bed, I gave her Extra Virgin Coconut Oil. I also gave her some Natural Calm, a magnesium supplement, since the Epsom Salt baths seem to help her a lot.  She ended up sleeping all night.  No coughing or wheezing.  The next day, I focused on antivirals (Coconut Oil, Grapefruit Seed Extract and Vitamin C).  We continued with the nebulizer, but just a few more times.

My Treatment for this Virus

I am continuing to give my whole household Coconut Oil, Grapefruit Seed Extract and Vitamin C, whether sick or well!  Here is what I do:

Extra Virgin Coconut Oil – 1 Tablespoon three times a day for adults, 1 teaspoon 3 times a day for smaller children.  Use an in-between dose for older children and teens. It is food and I don’t worry about giving “too much.”

Vitamin C – given 3-4 times a day.  Ideally, use 5 grams each time. More can be taken and it can be taken to “bowel tolerance.”

Garlic Oil – I was rubbing this on my daughter’s back, over the lung area, hourly, the day she was the worst. I put a few drops into the ears at the first sign of ear pain.

Diluted Hydrogen Peroxide in the nebulizer – 5 drops hydrogen peroxide plus 35 drops distilled water, nebulized several times a day for those with a severe cough. I was using it even more often for my daughter on her worst day.

There are SO MANY other things that could be used instead of or in addition to the recipe above.  For example, you could use Colloidal Silver, Elderberry Syrup, Hot Vinegar Tea, etc. etc. etc.

For more information and ideas on treating specific symptoms of EV-D68 or any cold virus, please see the following links.

Did you try Mama's remedies or do you have a natural cure for respiratory viruses like EV-D68? Please share your feedback with us!

When you mentioned the use of HYDROGEN PEROXIDE in a nebulizers for the EV-D68 virus, you were absolutely correct. I use it in my humidifier every night because I have Emphysema, can't sleep without it. It is better to explain to new comers about Hydrogen Peroxide that they need to use 35 percent FOOD GRADE HYDROGEN PEROXIDE TO BE DILUTED WITH SPRING WATER into their nebulizers, so they don't use the drugstore brand that has stabilizers in it and isn't strong enough. The best part is to put one ounce in a gallon of water into a COOL MIST VAPORIZOR, ONE WITH NO FILTER. USE ALL DAY AND NIGHT THROUGH THE HOUSE.....will not only help with the breathing of all.....it will kill the virus in the air and purify the air.

CURCUMIN is wonderful to take daily, will kill everything. It's a natural spice.

Thank you for this info. Does anyone know if hydrogen peroxide can be used in the humidifier of a cpap machine?

How much hydrogen peroxide do you use in the neti pot? Thanks for this article!

I have been using about 3/4 teaspoon of sea salt and an eyedropper full of hydrogen peroxide, which is about 1/4 teaspoon. I just put each in the neti-pot and fill with warm water.

My 16 year old son ended up with sinus issues from this virus we had. He actually requests the neti-pot because he has found it to be so helpful!

Where can you get a cool mist vaporizer?? I'm looking online and everything is for a steam vaporizer.... :/ Does the steam mess up the hydrogen peroxide? Thanks!

MC (Indiana), All drug stores & Walmart sell cool vaporizers (no filters, just plug in and they turn off when water level is low). You normally put a pinch or two of salt in them to encourage the misting. We use 2 or 3 in the house when the heat is always on, just to keep humidity up. Makes sleeping so much better. And when sick, these are really helpful. Now I'm going to follow the earthclinic recommendations to help my child's cold....

Infection with respiratory syncytial virus can be severe in some cases, especially in premature babies and infants with underlying health conditions. RSV can also become serious in older adults, adults with heart and lung diseases, or anyone with a very weak immune system (immunocompromised).

Very interested in using 35% Food grade Hydrogen Peroxide in vaporizer. I have serious COPD. Can find little info on this! I also read about those who use it in their nebulizer, but no specifics stated about that either. Can anyone help with these TWO questions?

In response to a couple of questions emailed to Earth Clinic regarding my respiratory virus remedies:

"No where on the label nor from the company does it state the nutribiotic C is non gmo.If you can prove this to me I will buy and they don't even state how much sugar there is in the product."

My bottle of Nutribiotic Electro-C states that it is "made without gluten or GMOs."

I read your article on how you are treating respiratory problems, and was interested in your reference to Electro-C. I read up on it a bit, and received my order today. I usually take a water bottle with me in the car every day, and since we have RO water, I add minerals from several sources. I am excited to have to add only 1/4 t. to get not only a large dose of Vitamin C, but also small doses of five other minerals! Thank you! I know RO water is not recommended, but when we moved to Ohio, we could not get used to the smell or taste of the water, and we invested in the RO filter and we are living with that fairly costly choice. I feel that adding this supplement is an easy way get a healthy addition to our water, and I am thankful for your advice.

So glad the Electro C is working well for you!

I originally got it because of the other minerals. My husband and sons work outside a lot in the summer and sweat a lot..I was looking for a healthy solution for them to replace lost minerals in sweating.

By the way, I tried Nutribiotic's Hypo Aller C and did not care for it. I don't think it was a bad product, but it did not dissolve in water and tasted chalky.

I understand about the RO water...we have lived in some places with some pretty awful water, too!

Amazing advice, many thanks mama. x