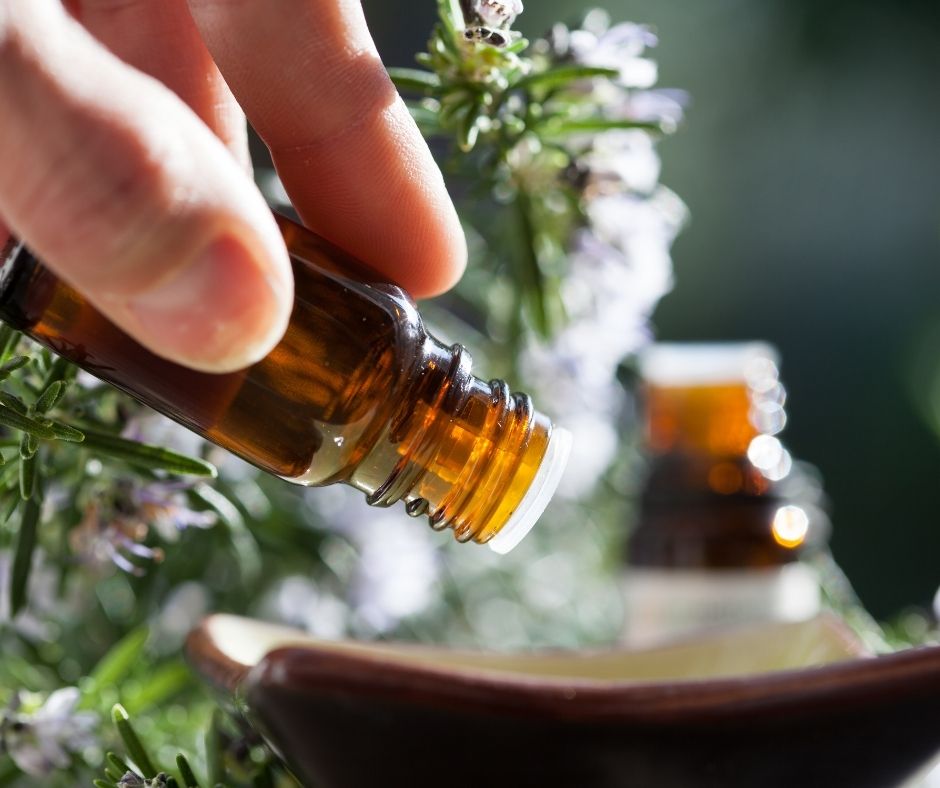 For centuries, Spirit of Camphor has been used topically to relieve joint and muscle pains, strains, bruises, backaches, and to ease congestion caused by allergies and colds.

It is one of the most popular, old-time remedies for cold sores and fever blisters when applied at the first sign. Camphor spirit is also added to steam vaporizers to help relieve coughing, or a few drops rubbed directly on the chest.

Camphor exhibits many biological properties. It is insecticidal, antimicrobial, antiviral, anticoccidial, anti-nociceptive, anticancer, and antitussive activities. It is also a skin penetration enhancer. [1]

What is Spirit of Camphor Made From?

The essential oil of camphor is traditionally distilled from the wood of the camphor tree (cinnamomum camphora).

Camphor trees grow naturally in Asia in countries like China, Japan, and Taiwan) However, they have been naturalized in other parts of the world due to their many uses and medicinal benefits.

All of the camphor tree's parts have a distinctive, immediately recognizable odor.

Camphor Spirit, which is 10% camphor in an alcohol base, has many reported uses, such as the following:

Spirit of Camphor can be used to relieve swelling, aches, and to ease pain and swelling from arthritis and muscle pains.

Mix a few drops of camphor spirit with a carrier oil like coconut oil or sesame oil and massage into the affected area.

Camphor spirit is used as an astringent to tighten pores. It helps oily skin, kills bacteria on the skin's surface, and improves complexion. It dries and shrinks pimples if applied at the first sign.

Apply camphor spirits to a cotton ball and rub in circular motions on your face. Be careful to avoid sensitive areas like underneath your eyes, eyelids, lips, and around your nose.

If using for acne, twice a day pour a little tincture onto a q-tip and apply to the pimple.

Camphor is a useful insect and moth repellent.

Soak a piece of cloth in camphor and leave it in your closet to drive away moths. This same technique can repel flies, mosquitoes, and fleas.

Camphor gets rid of a white ring on a wooden table or shelf when someone neglected to use a coaster!

Apply camphor to a q-tip or cotton ball and rub it into the white ring. It will disappear.

For centuries, camphor has been valued for its many uses in the East.

The Chinese used camphor as a circulatory stimulant and analeptic. In Japan, during the Edo period, camphor was used in torch-light material and added in small quantities to make fireworks brighter. [2]

In India, camphor was burnt in temples during many religious rituals. Camphoric fumes are the only aromatic smoke that is non-irritating to the eyes.

Camphor in the Time of Pandemics

In Europe, Camphor was used as a fumigant during the Black Death (a plague that spread throughout Europe in the 1400s) and later for outbreaks of smallpox and cholera.

Samuel Hahnemann of Germany, the founder of the homeopathic school of medicine, was a great advocate for camphor. He used it exclusively in tincture form rather than homeopathic.

Hahnemann called camphor a "mysterious remedy and said that its effects are both puzzling and wonderful as it removes the pathological effects of many other drugs, including many homeopathic remedies.

... From the earliest times this medicine has been blindly used and improperly employed in large and massive doses, so that its true action has never been ascertained, nor could it be acertained, as it has almost always been given only with several other drugs, either mixed up with, or administered at the same time with it, and moreover, and this is the worst, it has only been employed amid the tumult of the symptoms or diseases. For the pure effects of it, observed by ALEXANDER, (WILL, ALEXANDER, Medical Essays and Observations, 1755.), are very meagre and confined to mere general expressions.

But, at all events, commencement of a pure proving of it must be made, and as such I offer the following symptoms.

In its curative action camphor is just as puzzling and wonderful, for it removes the violent effects of very many, extremely different, vegetable medicines (and even those of the animal drug cantharides and of many mineral and metallic drugs), and hence it must have a sort of general pathological action, which, however, we are unable to indicate by any general expression; nor can we even attempt to do so far fear of straying into the domain of shadows, where knowledge and observation cease, we, in short, abandoned by the guiding of plain experience, grope about in the dark, and with every desire to penetrate into the inner essence of things, about which little minds so presumtuously dogmatize, we gain nothing by such hyperphysical speculations but noxious error and self-deception.

He stated that it is difficult to determine all of its effects and at some future period, the remainder of its effects will be uncovered. He discovered that camphor can antidote opium with great success. [3]

Hahnemann had great success using camphor spirit for the cholera pandemic (1826-1837). Read interesting excerpts about his use of camphor from his letters here.

Here is another interesting excerpt from that period about camphor's efficacy in Vienna from a fellow homeopath.

Camphor should not be used internally as it is poisonous when ingested. It can cause irritability, seizures, confusion, and neuromuscular hyperactivity called Neuromyotonia (NMT), a form of peripheral nerve hyperexcitability.

Below are exciting reviews about Camphor Spirits from Earth Clinic, Amazon, and other sites.

"I have suffered with boils all my life. I have tried all the remedies, tea tree oil etc. nothing worked. I started using camphor spirits. If caught at the first small bump it works great. Do not use on an open draining boil. Antibiotics work but getting in to see a doctor can be too late. Most doctors are at a loss with boils I have found. Draining can be painful and most doctors just don't have the time. I could write a medical book on boils, but no happy ending or fix."

"I personally like this product for many uses. One whiff and it unstops my nose especially when I have a cold. It relieves skin irritations. And I get rid of skin tags around my neck and shoulders when they pop up. It kills foot fungus if you apply it every night before going to bed. But you do have to be persistent in applying it, like every night until you get the relief you want. And it kills cold sores on your lips if you don't mind the sting. It's an old household remedy my grandmother used. I'm in my 70's and it has worked for me all my life. Good health and good luck. --Joe"

"I love this remedy. I use camphor spirits for any minor cut or abrasion for quick healing. Because it dries quickly I can use it before bed and not worry about it rubbing off on the sheets. I also use it to relieve the itch of various bug bites. Has always worked well for me."

"Good for stimulating circulation when mixed with baking soda and applied to cold feet and hands."

"Helps with acne! Put some on a cotton ball and use it on my shoulders and a little on my face. It is strong!!! So be careful near the eyes and nose."

"Perfect for minor pains. Just 1-2 drops for the area on the skin. Rub a little then in 5 mins you will see pain is going away. "

"I have gotten fever blisters since a child. Discovered this cure in the early 70's. I have never past on a fever blister to anyone. Use as directed."

"A doctor told me about this remedy 35 years ago and I have never found anything that works better for quickly drying out a cold sore before it can even get going. At the first tingling feeling on your lip dab some on for a couple of days and the cold sore is stopped dead- it shrinks away immediately. Glad to find this on Amazon because drug stores are ceasing to carry it because it's not a big money item."

Some pharmacies carry Spirit of Camphor. However, it is much easier to find on Amazon.

Have you used spirit of camphor to treat any ailment? Please send us your feedback!

Spirit of Camphor for Boils

Cures most boils if caught in time. Also, cures most moles. They will fall off.

Camphor was used in Canada to create a product called 714 X and although it was successful in treating cancer, there was a huge battle between the Dr. who was using this method and the CMA in Canada.

In the late fifties while in the army, I came down with herpes. After diagnosis, the army doctor recommended camphor spirits applied to lesions. It worked and I have never passed it on. Still use it along with new meds.

Camphor products for protection from nose dryness and bad bacteria and viruses:

I have been using either Vick's or Mentholatum ointment products that contain camphor for many, many years. When I blow my nose, I insert a small amount and either on into my nostrils to moisturize the interior and to provide protection against bad bacteria and viruses that might invade my body via the nose. I am rarely sick and will continue to use for the remainder of my life.