How to Brew the Perfect Cup of Herbal Tea 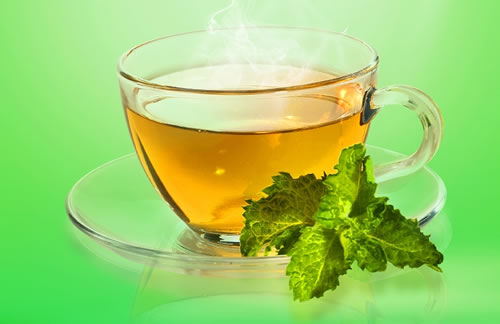 Brewing tea is, like many things, a combination of art and science. While improperly brewed tea will not kill you (unless you brew tea out of a poisonous plant! ) if you would like to maximize the properties of the herbs you are using when making a healing tea, you can follow these instructions.

Bring water to boil in a kettle.

Put 1-2 teaspoons of loose tea (or a tea bag of tea, if that is what you are using) into a glass canning jar. When the water is boiling, turn off the heat and add pour a cup of water over the tea. Cover the top of the jar to retain every bit of goodness from the leaves. (To be honest, I am usually too lazy to do this!) Steep tea for 15 minutes. Longer is fine, too, but not more than a couple of hours.

The above is for most herbal teas. Black and green teas only need to steep for a couple of minutes. Teas made from roots and barks do require hotter water and may be lightly simmered for 15 minutes.

Strain tea through a mesh strainer. (Or remove tea bag! ) If you do not like small particles in your tea, or if you tea mix has mullein leaf in it, do use a coffee filter to strain the tea. (Mullein has irritating hairs that need to be strained out completely.)
If you are making black tea, do not sqeeze the tea bags, as this can make the tea bitter. Also, tea bags should not be left in the tea, this too can cause bitterness.
Sweeten if desired. I prefer honey, raw sugar or a drop of Stevia extract.

A few notes on tea:

I have used a variety of tea bags from health food stores and from the grocery stores. Many of them have been excellent and have suited my purposes very well. (Though, I do most commonly make tea from dried herbs that I keep on hand.) I have found that flavored teas leave an aftertaste that is unpleasant. I find I must stick to tea blends that list only real plant material as ingredients. If there is mention of natural or artificial flavorings, those teas are the ones that I find have an unpleasant aftertaste. I even found an organic blend of green tea with "natural flavors" that leaves an unpleasant taste in my mouth and even gives me a stomach ache. So I avoid teas with natural or artificial flavors for this reason.

If I have leftover tea, I keep it in the refrigerator. It is good the next day. But I do not keep it longer than 24 hours. And I think brewing fresh daily is ideal.

Mama to Many and others who may know,

Is Barley Tea really a good idea to replace coffee?

I have only been drinking coffee two years, I am in my 60's. I started because I came down with a flu or something don't know what. My food would not stay down. The second day of this in a breath of prayer, I asked God what can I drink that would stay down. I really did not want to go to the doctor. I heard, "Drink black coffee". My daughter drinks coffee so there was in the coffee in the cabinet. I fixed a hot cop of hot coffee and it stayed down. By the next day I slowly began to add food to my diet again.

I am really a tea drinker, however I enjoyed the coffee and left it on my menu. What I have noticed after a little over a year of drinking coffee is that my bladder leaks, I guess for me coffee is only for medicine use. It's the coffee alright, I did stop it a couple of times and no leak. Anyway I really like the taste of coffee. Now to the point.

My daughter brought home some large size tea bags of Barley Tea. I looked it up on line and it was stated it has a coffee like taste and was an excellent replacement for coffee without caffeine.

Do this big size Barley tea bag make one cup of coffee, or is this for a quart of Iced tea, or are all barley tea bags larger then regular tea bags?

Thanks for your wisdom

Greetings Hisjewel. Here we go again eh! We could start our own web-site at this rate! You are obviously a coffee aficionado like me but I have been hooked on the bean for a long time and, although I limit myself to one or two cups per day, I still wonder about the effects it has on the human bod. Hardly a week goes by without conflicting statements in the media re the pros and cons (rather like chocolate). Did you mean that your bladder or was it your gut leaking? I also drink tea sometimes. I prefer my tipple with milk but that is a problem, as I am trying to "wean" myself off dairy products for various reasons I won't elaborate on here or you may fall asleep. "Waiter, another capo chino for my sleepy friend please". I currently use oat milk. So, I have tried a few alternatives that try to pass themselves off as "Coffee Substitutes" ( "Getting yourself the coffee taste without the dreaded caffeine kicks" um?). I have never been a fan of "De-caff" by the way- as I worry about the stuff they use to purge the caffeine! Case of cure being worse that the disease possibly or the solution being worse than the problem?

Anyway: "Whole Earth" - "organic barley / chicory no caf coffee alternative" is one choice you might try. English, I think. You can apparently say "Hello Chaps" on wholeearthfoods.com - isn't that nice? Next is a "Malt Coffee" - "Golden Fields Organic Roasted Malt/chicory caffeine free beverage made from roasted grains of malted barley & roasted chicory roots" ( product of good old New Zealand and quite a mouthful there). Use as you would a tea bag - warm the pot and infuse/steep for five minutes then stir etc. I let the water go just off the boil but the English and the Japanese have made rituals that you would not believe concerning tea. Or you could check with Twining's Tea for their take on how to get the best "cuppa". Good luck with sourcing these or similar ones in New York I suppose.

It's good to hear from you. Yes I believe bladder is the word. To say it another way, I learned Coffee is the reason why I should be wearing Pull Ups. I tried the Nutmeg and the B12's, the slowed down leak, but did not stop it. I had to make it my business to learn where all the ladies rooms are in any area where I go. No Coffee no excess leaking for me. Only just figured this out.

I enjoy my tea with milk also, I even put milk in peppermint tea. However since I have grown to enjoy coffee really would like a tea with coffee taste. Thanks for the variety of coffee substitutes to try out. You have given me quite a bit of shopping to do.

I was glad Michael responded because I have never tried barley tea! We have used Dandy Blend, which I think has barley in it. (And dandelion and chicory.) It is good for a warm coffee colored drink. And it grows on you. But it isn't quite coffee....sadly, nothing is! :)

Let us know what you think of the barley tea!

Greetings Mama to Many

Thanks for the reply. Yes it seems that Michael has been down this road before I got here, and has given me a big hand full of choices to try. I shall do so.

The Barley tea my daughter had was a big tea bag, which I learned is supposed to make a quart of barley tea. Even though I put that whole bag in my two cups of hot water it only had a hint of a coffee taste. it tasted somewhat like a watery coffee. Like Michael, I use milk in my tea which helped it a lot, but it still was not coffee. However I was able to go several hours before I had to find a restroom.

This is to Mama to Many:

Hi, and Namaste. I ws just going to contact you about tincture making, when your post about that appeared.

I want finally to attack my mite situation either with Neem powder tincture or natural essential citrus which is at the moment curing in white vinegar in one gallon glass containers in my kitchen.

My experience with the latter is as spray for flees and red mange on pets and it does work well, keeping the skin soft as opposed to usage of Borax which I have also used for their baths and for myself. Problem is the dryness whereas orange/citrus oils are more skin friendly. I have used white vinegar since much of my brew is for house cleaning which I got from another poster here on EC.

I am keeping my brew for about six weeks before using it also on my entire body. Do you know anything I have to add to my brew, since you have so much experience with your large family members?

Also, If I try neem powder later on just as another way to uproot the nuisance , how much and what type of alcohol? Neem supports the immune system and has a vast reputation for many usages as the tree itself grows in soil that is full of weeds where other plants do not grow well. Neem reverses the growing conditions to positive which in itself is devine grace in creation. I guess that is why yogis sit under such trees.

Without digressing further, just to enquire what you may have to comment on. Thanks for your many good info on EC.

It is good to hear from you. I admire your continued perseverance towards health!

Regarding your vinegar brew, you might find the following webpage of help and interest. It is a link to a combination of herbs tinctured in vinegar used as a natural insect repellent. The article along with it is interesting as well. I have not used this exact recipe, but a friend did and it worked for her as an insect repellent.

For making a tincture of neem, I think the best tincture medium would be vodka, 50 proof.

Use 2 ounces of neem powder in 2 cups of vodka. Place together in a jar and shake daily for two weeks. Strain out the powder. Store in a cool dark place.

I am also wondering about garlic baths. Rachel Weaver shares a story of their effectiveness for MRSA in her book, Be Your Child's Pediatrician. Well, parasites are not the same thing as MRSA, but garlic IS an anti-parasitic. She says to crush 6 cloves of garlic and let them stand for 10 minutes. Add the garlic to a warm bath and submerge as much of the body as possible. Soak for an hour, two or three times a week.

Keep me posted on how you are doing!