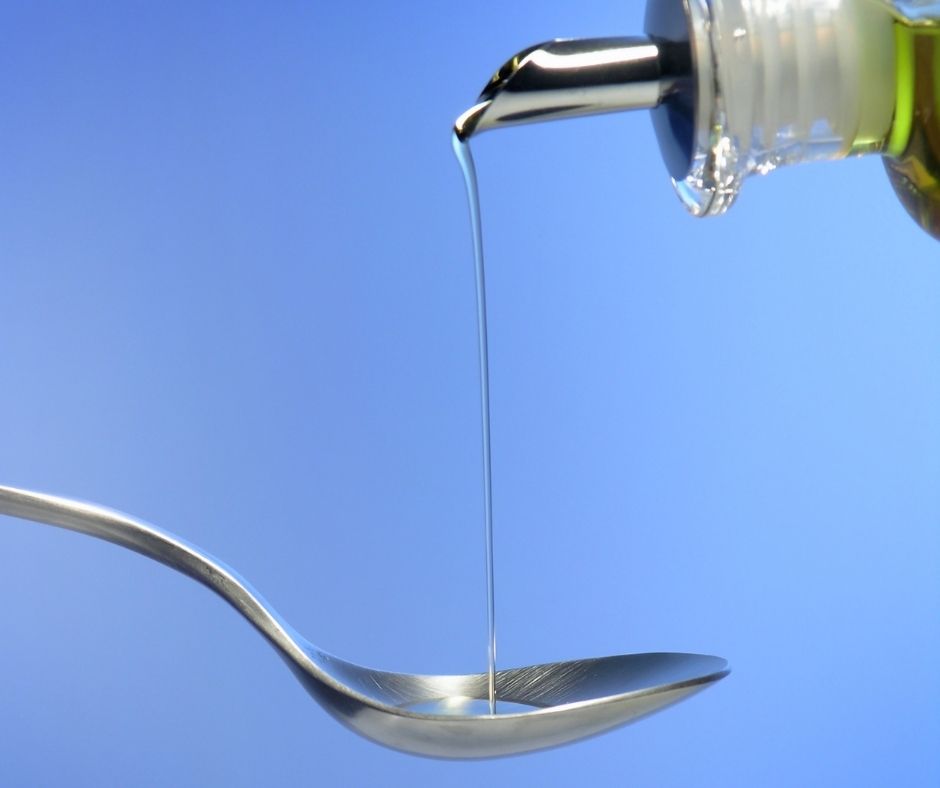 While oil pulling has become a mainstream craze in the past few years, its origin is believed to have started thousands of years ago in India. It is known to be part of the traditional Hindu system of medicine called Ayurveda, which involves natural forms of healing, herbal treatment, and yogic breathing.

Oil pulling is basically swishing organic or any type of edible oil in the mouth for a certain number of minutes. Many say it has to be 20 minutes to reap its full benefits, which is removing toxins from the body through the mouth.

Oil pulling is just one of the many oral practices of Ayurveda, which also include chewing herbs and other medicinal plants. Many people believe that this practice helps to cleanse the body by detoxifying and cleaning teeth and gums. A bonus benefit of oil pulling is that it is said to make people's teeth whiter than before.

Since it has become popular when it was introduced to the West about 20 years ago, many products have been introduced in the market. But resources say that before extra virgin coconut oil, the first practitioners used sesame and sunflower oil. Until this day, some attest to the effectiveness of sesame oil over other types of oil.

From the resources found online, there is only one way to do oil pulling, but further research reveals that there are two ways: Gandusha and Kavala Graha.

In Gandusha, people are told to fill their mouths with the oil of their choice and let it sit for about three to five minutes before spitting it out. On the other hand, Kavala Graha allows people to put just enough oil in the mouth, let is stay there for three minutes, gargle for a few seconds, and spit it out.

The swishing of oil in the mouth for a longer period has become the trademark of the modern-day oil pulling.

How To Do Oil Pulling?

There are at least 3,000 years of testimonials as to the effectiveness of this traditional Ayurvedic medical treatment — and it's safe, easy and effective!

1.    First thing in the morning, before brushing teeth or eating, swish one teaspoon to one tablespoon of natural, food-quality oil (sesame, coconut, olive, sunflower or safflower) in your mouth for 15-20 minutes. You must do it this long for it to work.
2.    Do not gargle in your throat.
3.    The oil will be milky and foamy when ‘done’.
4.    Spit out, do not swallow the oil with all the 'bad stuff'.  If you have a septic system, spit oil into the trash can instead of the sink (in order to avoid potential plumbing problems.)
5.    Rinse mouth thoroughly with warm water.
6.    Brush teeth.
7.    Your mouth feels clean and fresh.

How Does Oil Pulling Work?

The theory behind this home treatment is that as the oil swishes around teeth and gums it ‘pulls’ bacteria and other debris into the oil, detoxifying the mouth. Our mouths are laboratories breeding billions of nasty critters: viruses, bacteria (Streptococcus), parasites and fungi (Candida) and all of their toxic waste products.  All of the above contribute to gum disease, cavities, bad breath and other oral problems. This toxicity is also held to be at least partially responsible for many other diseases, including heart disease, arthritis, eczema and chronic infections. Some oils seem to help with weight loss.

Getting rid of these unwanted troublemakers in our mouths is one less problem for our immune systems to have to deal with. If this alternative remedy did nothing other than aid our immune systems (it does a lot more!), it would be worth doing for that alone.

The oils used for Oil Pulling vary widely. However, the most popular oil is sesame oil, followed by coconut oil, sunflower oil, olive oil and safflower oil. On the Table of Contents on this page, take a look at Sandy’s Oil Pulling Compilation. She listed the benefits reported for many different oils. Some people use the same oil all of the time, others switch oils periodically.

Scientific studies have generally focused on how effective oil pulling is when compared to various mouthwashes or other oral health drugs and products and outcomes varied.

In modern-day practice, oil pulling's benefits weigh heavily on the cosmetic side or dental purposes, which is whitening the teeth and making gums healthy as well as clearer skin as a result of detoxification.

Certain foods and drinks can cause the teeth to darken such as coffee and tea. While brushing at least twice a day is advice, sometimes it is not enough. Prophylaxis or teeth cleaning twice a year is also recommended. But during the time in-between, it cannot be helped that the remnants of food stay in the teeth that cause cavities.

Cavities not only affect the teeth but also the gums. When not thoroughly cleaned, the plaque becomes tartar and can cause a condition called periodontitis or gum infection.

Some mouthwash products are too strong for children and adults, which makes oil pulling as an ideal form of cleaning the teeth.

The Indian Journal of Dental Research published a study in 2009 that says oil pulling (using sesame oil) is better in reducing plaques compared to commercial mouthwash. The study finds that oil pulling can also help in gingivitis treatment.1

The continued swishing also helps in removing bacteria that cause bad breath. Oil is much thicker compared to water, which makes the bacteria and other elements hold on to it when removed through swishing.

However, its roots in Ayurvedic medicine draw deeper benefits of oil pulling. The practice has evolved and has been integrated into other traditional practices including yoga. Like some alternative healing or medicine, Ayurvedic uses energy to determine the state of health of individuals.

Since the body has been removed of all these toxins, the incidence of certain diseases such as arthritis, asthma, headache, throat infection is much lower than when not doing oil pulling. In most extreme cases, it is said that doing oil pulling regularly can prevent cancer and similar diseases, precisely because it has removed the toxins that cause these illnesses.

Oil pulling has been used extensively for centuries as a natural cure for gum and mouth problems such as gingivitis, cavities, inflammation and bleeding gums. It also helps prevent bad breath.

Many regular oil pullers report that their mouth feels clean and fresh and their teeth are whiter. This is a much better home treatment to whiten teeth than commercial tooth whitening preparations which contain very strong chemicals and are fairly expensive. Users also report having clearer, healthier skin after using this natural treatment as well as feeling mentally invigorated. Many people have said that oil pulling helped to curb their appetites and helped them to lose weight.

The list of conditions that oil pulling can treat is a very long one! For hundreds of years, this alternative cure has been used to assist the immune system and to prevent or cure, among other problems:

Ayurvedic medicine is still considered as part of alternative healing and there is no scientific study that suggests the effectiveness of oil pulling, at least in terms of treatment and prevention of diseases.

However, testimonials of its dental benefits cannot be set aside as practitioners themselves have seen the results. If only for cosmetic purposes, oil pulling has proved to be an effective way of taking care of the teeth and the mouth.

Still, health professionals caution people from overdoing it because there are certain types of oil that may be harmful to the body. The caution is not so much on the practice itself but more on what is put in the mouth.

Some believe that sesame oil is the better among the other types of oil available. Still, coconut oil, which is abundant in Asia where oil pulling is said to have originated, is probably the best because it is anti-inflammatory and anti-bacterial, too. Coconut oil has enzymes composition that prevents the acidic Streptococcus bacteria, the one that causes tooth decay.

Aside from the commercial oil that may contain chemicals, oil pulling is a safe practice that helps people with their dental problems. Even if there is no scientific proof yet of its efficacy in preventing diseases, there is no harm in doing oil pulling. It is completely harmless especially when done properly and correctly.

if you don't mind swishing oil in the mouth for about 20 minutes, why not give oil pulling a try and see its benefits not only to the mouth but also to the whole body as well.

Continue reading posts from hundreds of our readers who have used oil pulling to cure all sorts medical conditions and what oil they used.