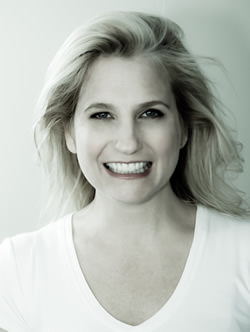 Deirdre Layne, Founder and CEO of Earth Clinic, is a widely respected expert in natural remedies and healthcare professional specializing in Energy Medicine. Deirdre Layne holds a Bachelor of Arts in Philosophy from Mount Holyoke College and has traveled extensively to research healing modalities.

In addition to her expertise on natural remedies, Deirdre Layne is an athlete who holds a unique understanding of the body in movement. A gymnast until the age of 13, Deirdre went on to study, perform and teach traditional Middle Eastern dance throughout her twenties. Deirdre then followed through on a childhood dream to learn karate and by her mid-thirties, became a nationally ranked medalist in Traditional Karate (Shotokan).

A 2nd-degree black belt, Deirdre had the great honor of studying with Hidetaka Nishiyama, the prominent Japanese master of Shotokan karate, for 5 years before his death in 2008. Deirdre continues her extensive martial arts training in Los Angeles to this day.

Founded in 1999, Earth Clinic began as a local site supporting Deirdre's private practice and included a handful of natural remedies. Earth Clinic became one of the very first sites on the internet to focus on natural cures. People began using Earth Clinic to share tried-and-true home remedies, but what they were most excited about were the extensive health benefits of Apple Cider Vinegar. Ultimately, Deirdre co-authored a book about it, Apple Cider Vinegar: A Modern Folk Remedy.

Earth Clinic has ranked among the world's most trusted sites for Alternative and Integrative Medicine for over 19 years. Hundreds of thousands of people around the world have reported healing their ailments, ranging from the simple to the very complex, thanks to the extensive remedy feedback shared by our global readers over the years. Read some of their incredible testimonials here.

Since 2002, Parhatsathid Napatalung was one of the preeminent expert voices on integrative medical therapies for the EarthClinic.com website, as our site grew from a few pages on natural remedies to one of the world's most extensive databases for natural cures. The eager and sustained interest Mr. Napatalung drew to his continuing research into alternative and complementary therapies for everything from mange in dogs to suppressing the growth of brain tumors. Millions of grateful readers around the world commend Ted as the one voice that was able to save them from debilitating illness when the rest of the medical profession had failed or given up. With justifiable fondness and esteem, we have come to know Mr. Napatalung more simply as "Ted" from Bangkok.

Ted was born in Bangkok, Thailand and has since returned to that historic metropolis but spent the formative years of his life (1965-1981) in the US, studying in its schools and universities. He is an autodidact in the areas of biochemistry, allopathic medicine, laboratory science, and integrative medicine as the outgrowth of a very personal interest in life-saving treatments standard medicine has ignored or missed out on entirely.

Tragically, Ted had a stroke in June 2015 and has been unable to correspond with Earth Clinic readers since that time. Please visit ted.earthclinic.com to learn more about our beloved Ted and his recovery.

Jessie Hill was born and raised in the Baltimore suburbs. She received her Bachelor's Degree from Virginia Tech and did graduate work in Maryland. She has spent the last three decades teaching children of all ages and writing about a variety of subjects. Natural health is her preferred topic for researching and writing. Her favorite activities include hiking, reading, and spending time with her family.